I said in several articles, like Beta versions but by iOS or any other operating system, are only for developers and for those who want to test new systems for educational purposes. A beta software installed on a iPhone or iPad which we use as the main device every day, it's not a good idea. There may be operating system instabilities, security issues, bugs, and last but not least incapacity with other devices running the official final version.

In case you were curious about the new options of a Beta version and signed up iPhone or iPad  in Apple Beta Software Program, you can give up at any time to get updates and new Beta versions of iOS.
Let's take the scenario where you have a iPad enrolled to receive Beta versions. versions the official public is iOS 11.1.1, and on iPas you have 11.2 iOS Beta 2. To stop iPad or iPhone to do more update in the future for the next Beta versions, it is enough to delete the iOS Beta Software profile. 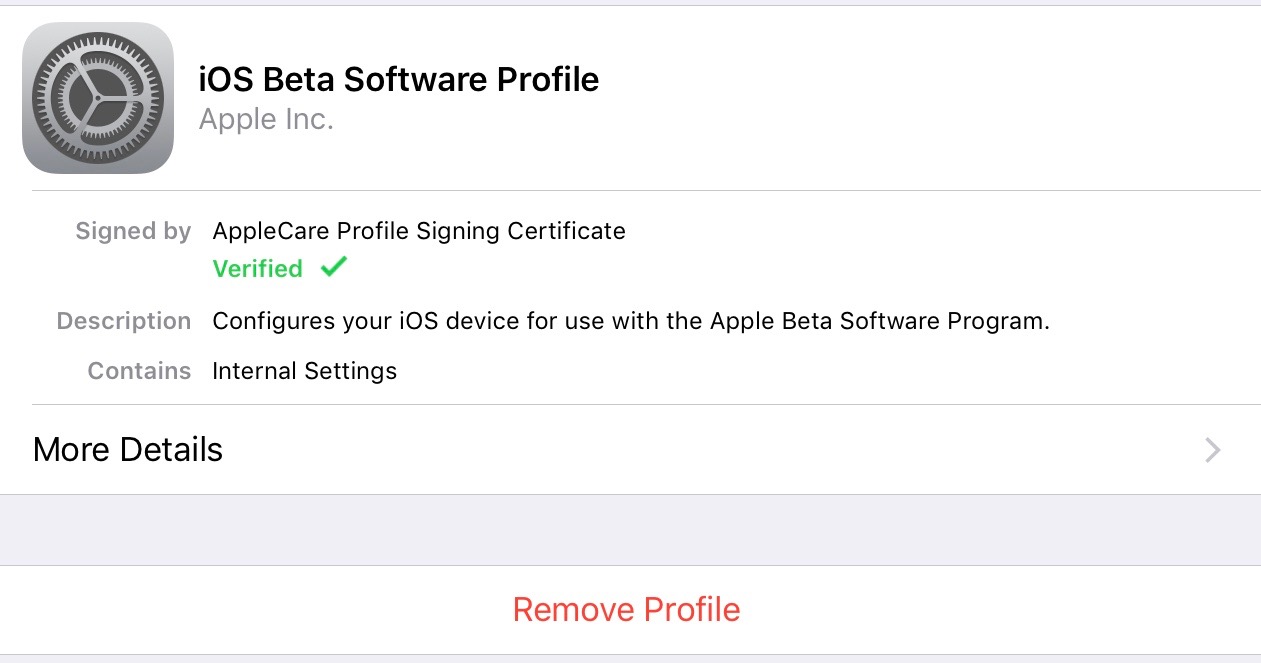 Once deleted profile, device he won't do it again update to future versions of Beta, but that does not mean the device has returned to the official public version of iOS. In our scenario, we stopped updatefor Beta versions of iOS 11.2, however iPad remained with the latest Beta version installed. If we leave it like that, they will do it again updateas soon as Apple will leave you iOS 11. 2 in final version.
To we return to the official iOS final version (iOS 11.1.1), you will have to we are downloading the .IPSW file which contains the image of the operating system dedicated to our device. Here we need: a computer with iTunes updated to the latest version, one data cable and the device iPhone or iPad which we want to make the iOS downgrade.

The script also makes one iPad Mini 4 which we have 11.2 iOS Beta 2 and we want to install the iOS 11.1 final version.

1. We make backup to absolutely all data iPhone or iPad. During the installation process, everything will be lost from the device. It is good to have the pictures saved in iCloud Photo Library, and other files in iCloud. It is recommended that you have a full backup in iCloud or on laptop / PC.

2. Download the latest iOS public version available for your device Careful! If you are trying to download an older version, it is very likely Apple to have deleted the signature for her (unsigned) and you can not do the installation.
Search Google for a dedicated firmware download (IPSW) dedicated to your device.

4. open iTunes and connect iPhone or iPad by USB la PC. We sync between iTunes and iPad or iPhone and we go to iTunes in the tab with general information about the device.

5. Press and hold the “Option" (or Shift pe Windows) and we click on the button “Restore iPhone"In iTunes. We select the file IPSW downloaded to 2 punch, then we start the restore process. In our case, the file for iOS 11.1.

We are waiting for the restoration process to end. "iTunes is restoring the software on this iPad". All this time, iPad will be unavailable and the screen will be displayed logo Apple. The Apple.
Once you've started, you'll need to reset all the settings and reinstall all the applications you need.

Downgrade iOS Beta to the latest official version of iOS