Produced by Apple and intended exclusively for Mac, Final Cut Pro X is the application that should not be missing from the "arsenal" of video editing to none professional. Equipped with complex resources editing video and audio, Final Cut Pro X is used all over the globe, both by users who are passionate about video editing and processing, and by the big movie studios.

With the launch of the most giant Mac (iMac For) ever created, Apple has also released a revolutionary new version of Final Cut Pro X.

Final Cut Pro 10.4 allow edit 360 ° video of monoscopic or stereoscopic formats, both for classical monitors as well as VR glasses. Export can be done in a wide range of sizes and formats of video frames, and during video editing, the VR headset can be used. 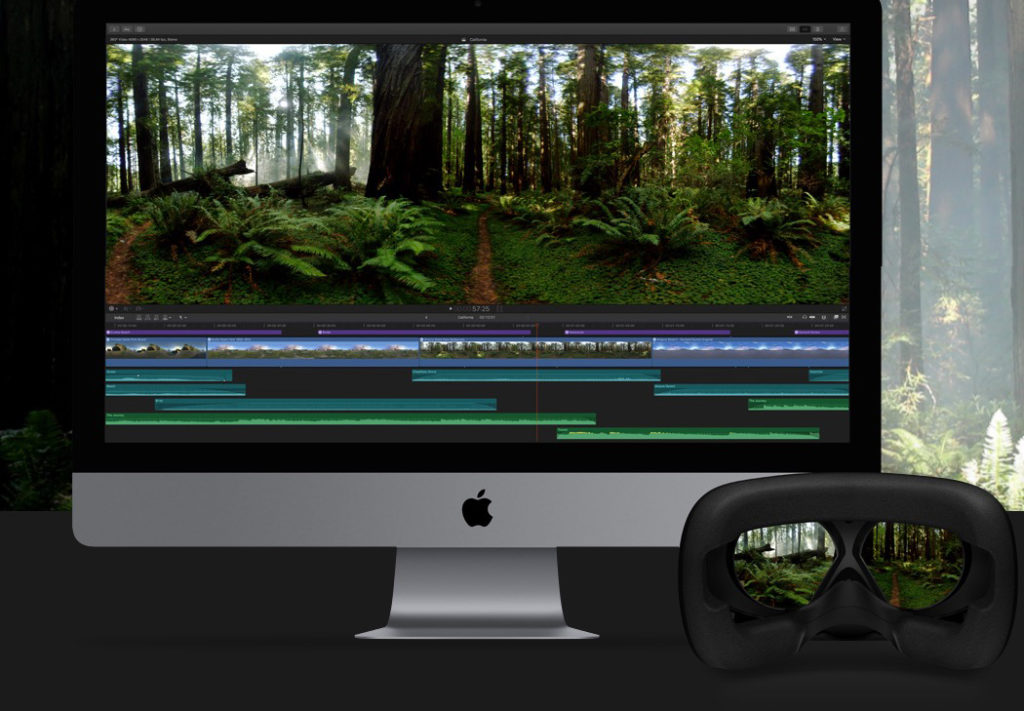 Watch your 360 ° video in real time with a VR headset like the HTC Vive. Choose to mirror the headset view in Final Cut Pro or turn off mirroring to watch the video in the headset while independently controlling a separate view on your monitor.

Besides video editing 360 ° and VR, the new Final Cut Pro X 10.4 also brings increased compatibility and interaction between Final Cut Pro X and iMovies. So it becomes very easy to pass an edited video from Final Cut Pro for Mac pe iMovie for iOS.
Movies can be cut more easily and accurately with advanced editing tools, you will improve the look of the film making with the help third-party plug-ins and you can easily integrate video captured with cameras from RED, Sony, Canon and more.

Full Description of Final Cut Pro X 10.4 is available on the page official a Apple , where you can download the free application and use it at its full capacity for 30 days. 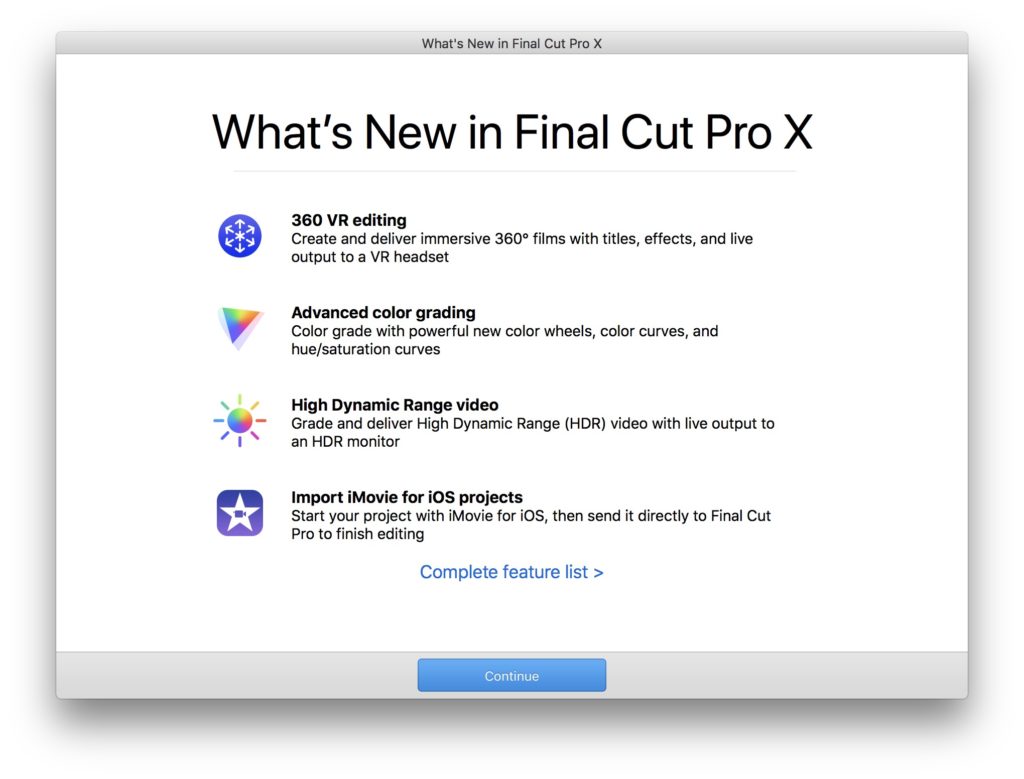 Final Cut Pro X 10.4 is compatible on all operating systems macOS 10.12.4 or newer, minimum 4 GB RAM. It is recommended to have a system with RAM 8GB for editing 4K, 3D titles and 360 ° VR. For video resources it is necessary to OpenCl or Intel HD Graphics 6000 or newer.
AMD Radeon RX 580 8GB or better, is recommended for editing with a VR headset.