As expected, the Apple respects its autumn launch schedule and schedules special event in September. On the date of September 12 at 10 am PDT (20:00 in Romania), in an event to be held for the first time at headquarters Apple from California, to the new one Steve Jobs Theater, the US giant will present for the first time iPhone 8, but the new ones are also waiting Apple Watch si Apple TV. At least that's what we can deduce, because Apple says nothing about this event. Displays the invitation multicolored logo wings. 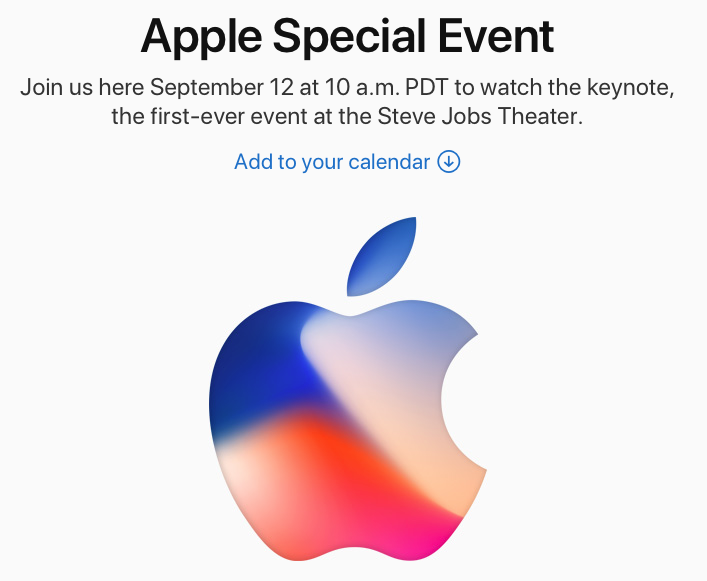 So we have one official release date for iPhone 8 and it is expected that on the same day or the next day, Apple to launch if the final version for iOS 11.

The launch event will be broadcast live via live streaming and will be watched by millions of fans Apple worldwide.

Invitation to the Launch Event of iPhone 8, iOS 11 and other innovations Apple