We do not know if we should surprise or not, but despite that very high prices for iPhone ($ 999 starting price for iPhone X) Apple somehow manages to attract more and more fans from year to year.
This is how it is done in 2017 Apple sold no less than 223 million units iPhone, while last year, in 2016 has sold 211 millions of units.

A ranking made by USA TODAY pune iPhone in the first place, in a top of the best-selling tech products in the 2017 year. 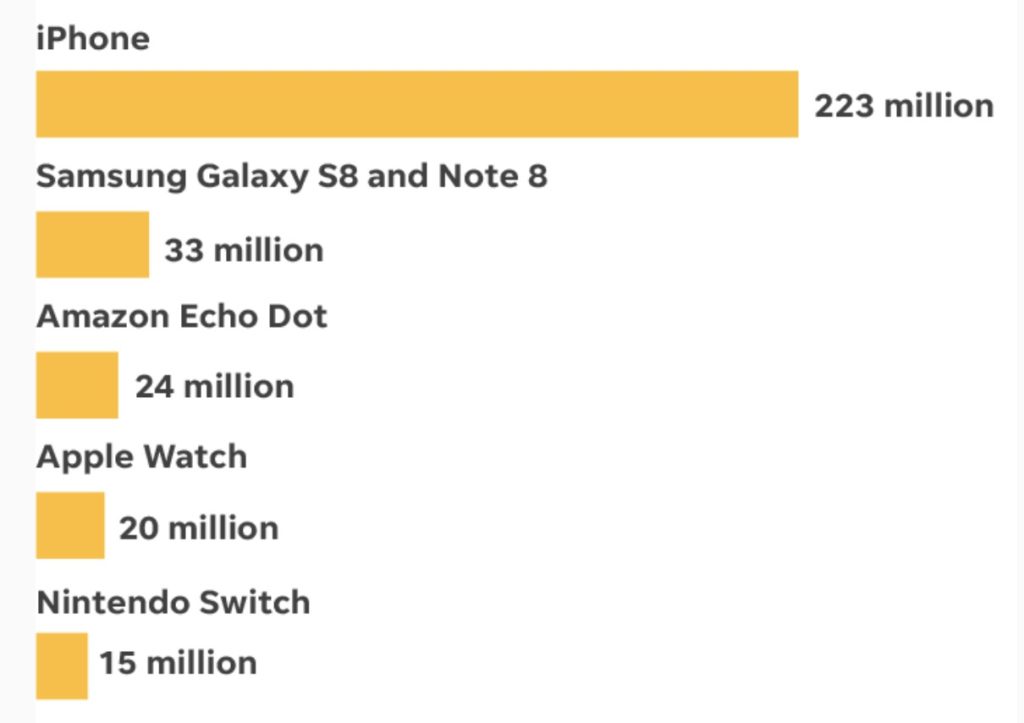 In the first place we have "iPhone”With 223 million units, but in this top they are included all models of iPhone which were sold by Apple in 2017.

In the following places of this ranking we find:

Therefore, the 2-5 places gathered do not gather as many units sold as he managed Apple cu iPhone in 2017.

It is unlikely that the data will remain the same at the end of 2018, after Apple introduced on the market iPhone X at prices considered excessively high, and no models iPhone 8 and iPhone 8 Plus I'm not at more affordable prices. The top of 2017 largely reflects sales of iPhone 7 and iPhone 7 Plus, these being the top of the range of Apple until the fall, when it was launched iPhone X,. iPhone 8 si iPhone 8 Plus.
Although stocks of iPhone X have been exhausted since the pre-order phase, before reaching stores, it remains to be seen whether during 2018, the three new models launched by Apple they will manage to keep the upward sales trend iPhone.