Message "The App Store is unavailable in the country or region you're in"Appears when we try to open Apple App Store pe iPhone, iPad or iPod Touch for updates or download applications on devices.
Although many users interpret it as an error, this message appears after some regional restrictions on access to services Apple.
Apple offers games and applications in the App Store depending on the location you have set iPhone, iPad or iPod Touch during initialization. There are applications like "News" a Apple or Google Assistant that are not available unless you have iPhone set to the USA or UK region. This is a regional limitation on applications and games.
Another limitation is that of IP addresses in a region or country. So it has happened recently with all users iPhone, iPad si iPod touch from Iran. 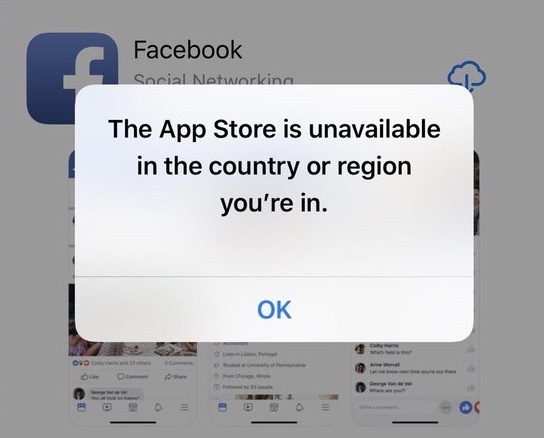 This message appears regardless of whether iPhone is set to a region in Asia, Europe or the US. Limitation imposed by Apple is valid on all IP addresses in Iran. Due to the sanctions imposed by Iran on the USA, Apple is not allowed to sell services and devices in this country. There are millions of users in Iran iPhone who bought their devices from the markets of Dubai and Hong Kong, and until recently they could access Apple App Store if you set the devices to another region.

In this situation, the ban ""The App Store is unavailable in the country or region you're in”Can only be avoided if users in Iran connect to the internet through a VPN (Private Internet Network) to access the Internet with IP from a region / country accepted by Apple for accessing the App Store.

The App Store is unavailable in the country or region you're in.