In the first half of this year, Google has launched Android 8.0 "Oreo" in preview version for developers, following the new 2017 in August operating system for smartphones to be officially launched in the final version.
The new Android 8.0 Oreo has made major changes and improvements over previous releases. Group notifications, support picture-in-picture for video, visible performance enhancements and good battery optimization are just a few of the major new features of the new system.

Along with Android 8.0 "Oreo" was launched for the first time and one parallel distribution operating system. Android Go.

What is Android Go and what smartphones we can find

Android Go is a version based on Android 8.0 Oreo, drawn and modified for mobile phones with modest hardware resources. Low-end smartphones.
In this distribution of Android, the optimization of the system was sought so as to consume less storage space and operate in reasonable parameters on smartphones with 1 GB RAM under the casing. Cheap smartphones.
Android Go comes with specially optimized applications for him, available in Google Play Store and distinct from the basics with the "Go" tag on the icon. For this operating system dedicated to the low-end device class, a number of Google applications have been redesigned and optimized for as little resource consumption as possible. Processor, storage space, RAM and mobile data. 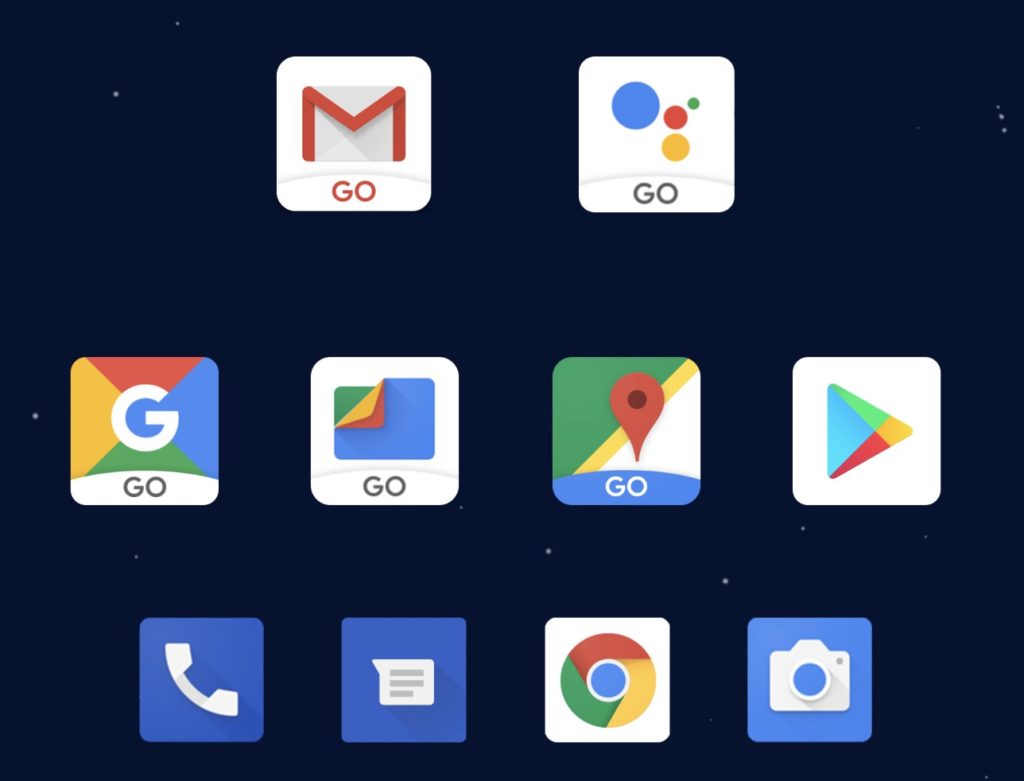 Besides applications Gmail Go, Assistant Go, Google Map Go and others, has been redesigned and the Google Play Store. In the Google store, Android Oreo, the "Go" distribution, will be found on the front page. Otherwise, users can also install normal applications, developed for stronger smartphones.

There are, however, disadvantages. Android Go does not have all the features and innovations available on the standard Oreo Android version. All features and options that might have required RAM, CPU, boot space, and high data usage have been removed.
Applications will be another major issue and Android Go. Google has redesigned and optimized most of its core applications (Gmail, YouTube, Assistant, etc.) for Android Go. Application development may not be too interested in Android Go. Being a system present on cheap smartphones, it is unlikely that they will be monetized so as to bring profit to the developer. No ads in games or games would be well paid.

However, Android Oreo Go is a good start for companies that want to develop smart, low budget mobile phones.
Nokia is one of the companies that have already announced that the Nokia 2 will receive the latest Android version of Android 8.1 Oreo, the Go version.