After testing the first beta versions of Big Sur, the interaction with other idevices was exceptional. Including connectivity MacBook Pro cu Apple Watch si AirPods.
With the transition to watchOS 6 at Watch 7 si macOS Big Sur Beta 8, the first problems began to appear. 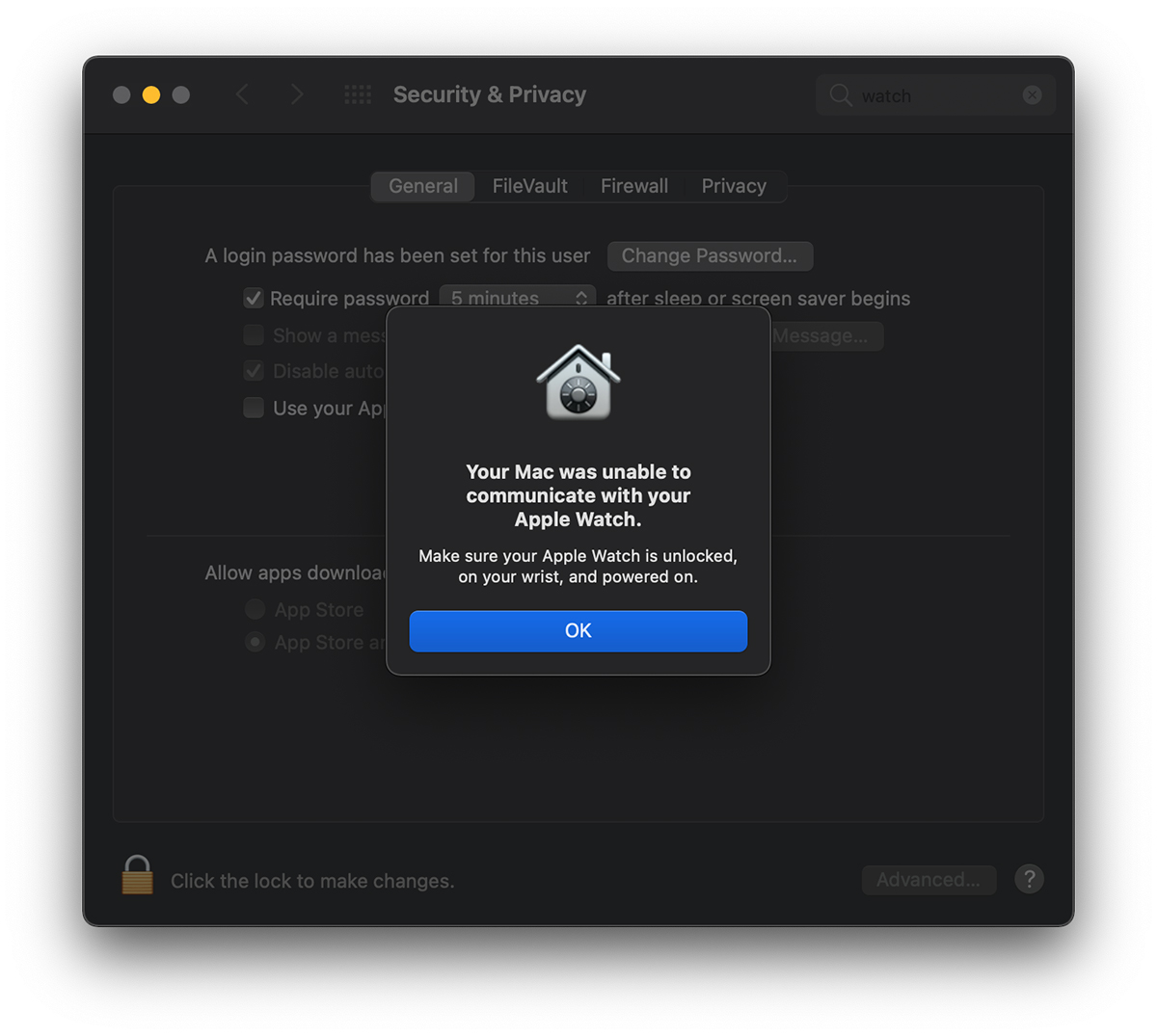 Before we blame macOS, let's see what we need to do to enable automatic unlocking and unlocking of a Mac cu Apple Watch.

1. MacBook si Apple Watch to run the latest versions of the operating system. Final versions, not beta. Check in "Software Update" if you have updates available for macOS and watchOS.

2. Both idevices to be connected in the same network Wi-Fi de 2.4 GHz

3. In System Preferences pe Mac, check the option "Allow your Apple Watch to unlock apps and your Mac". The "Security & Privacy", Tab"General".

If the above six decks were followed, most likely the message "Your Mac was unable to communicate with your Apple Watch”Occurs due to a possible bug of macOS or watchOS.