In the fall of this year, Apple will launch the suite of models iPhone 12, which will come with the latest operating system, iOS 14
We can intuit from now on that it will be a year with many novelties, in which Apple seeks to redesign both macOS operating systems, iOS, iPadOS as well as the future range of devices.
About the many news brought on iOS 14 I have already said in a previous article. The most visible change will be widgets on Home Screen and page AppLibrary in which users will find grouped all installed applications, depending on the profile of each. In addition to this visual change, Apple brought many new features to the applications Home, Messages, Reminders, Voice Memos and more.

Those who have devices iPhone (starting with 6s or newer), can install and test the new operating system iOS 14. Provided it is agreed that beta versions can be unstable, and until the release of the final version there will be many bugs to fix and new features to bring.

Apple published the first Beta version of iOS 14 intended for the general public. Who wants to install the operating system iOS with which he will come iPhone 12, can be done by simply enrolling the device in Apple Beta Software Program.

How can we install it? iOS 14 Public Beta or iPadOS 14 on iPhone or iPad

The process of enrolling devices in Apple Beta Software Program is identical for iOS and iPadOS (iPhone and iPad). In the steps below we will show you how to install a Beta profile on your devices to receive updateof the operating systems in the testing phase.

2. After authentication, in the web page that opens select for which operating system you want to enroll. iOS, iPadOS, macOS, tvOS or watchOS. 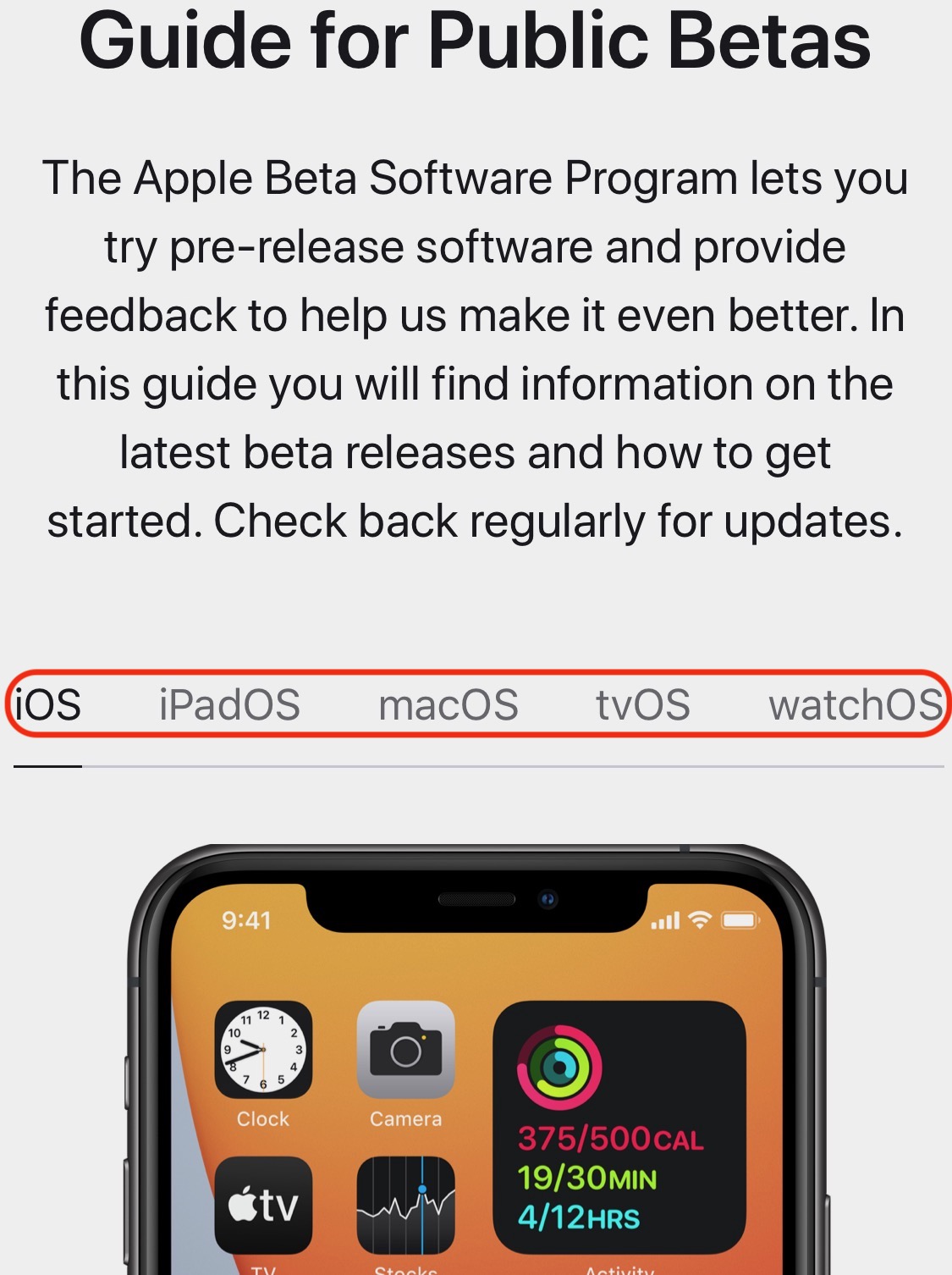 3. Scroll to the bottom and click on the link "enroll your iOS device", Then on the next page on the button"Download profile". 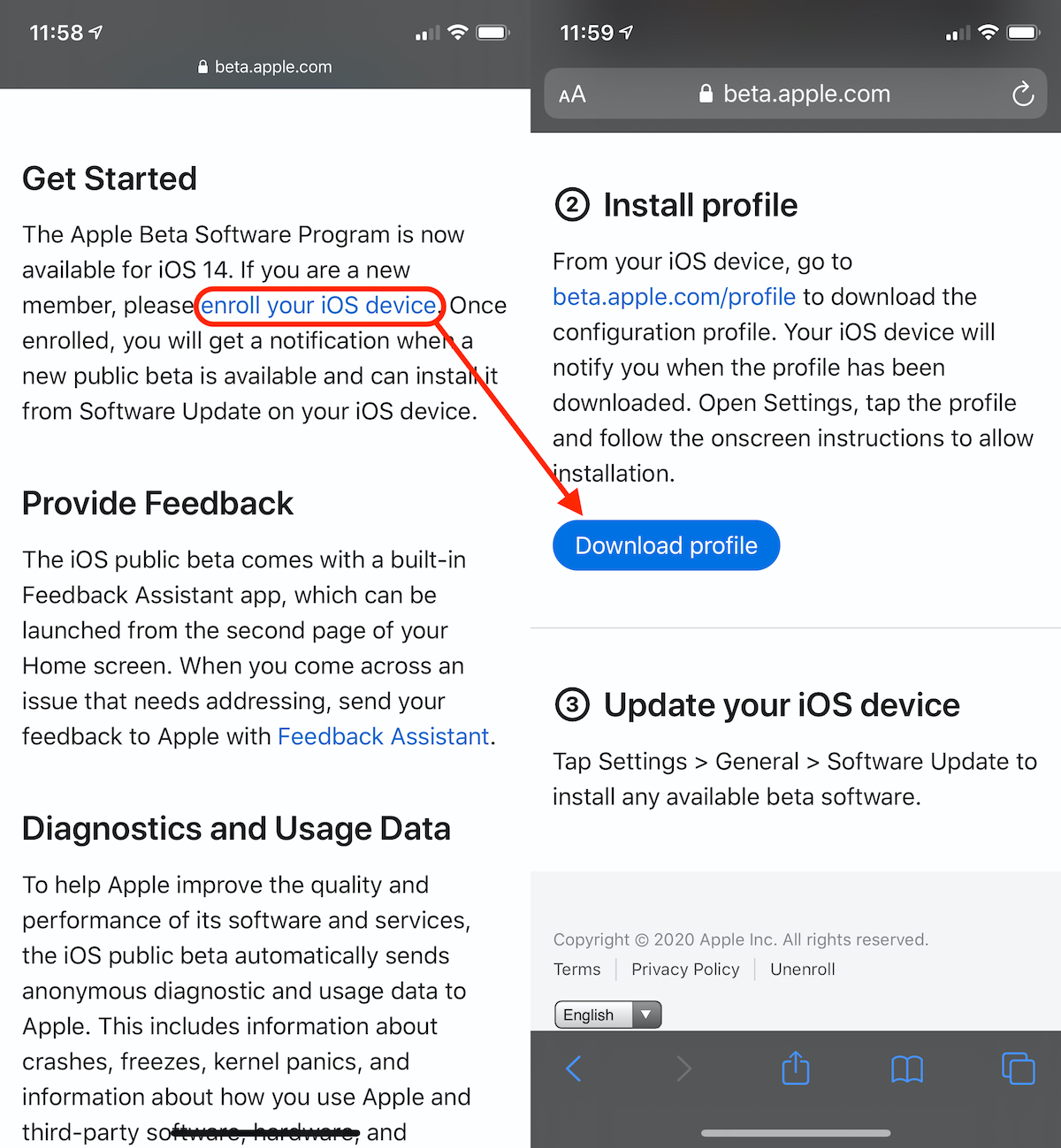 5. Click on the newly downloaded profile and start the installation by clicking "Install". 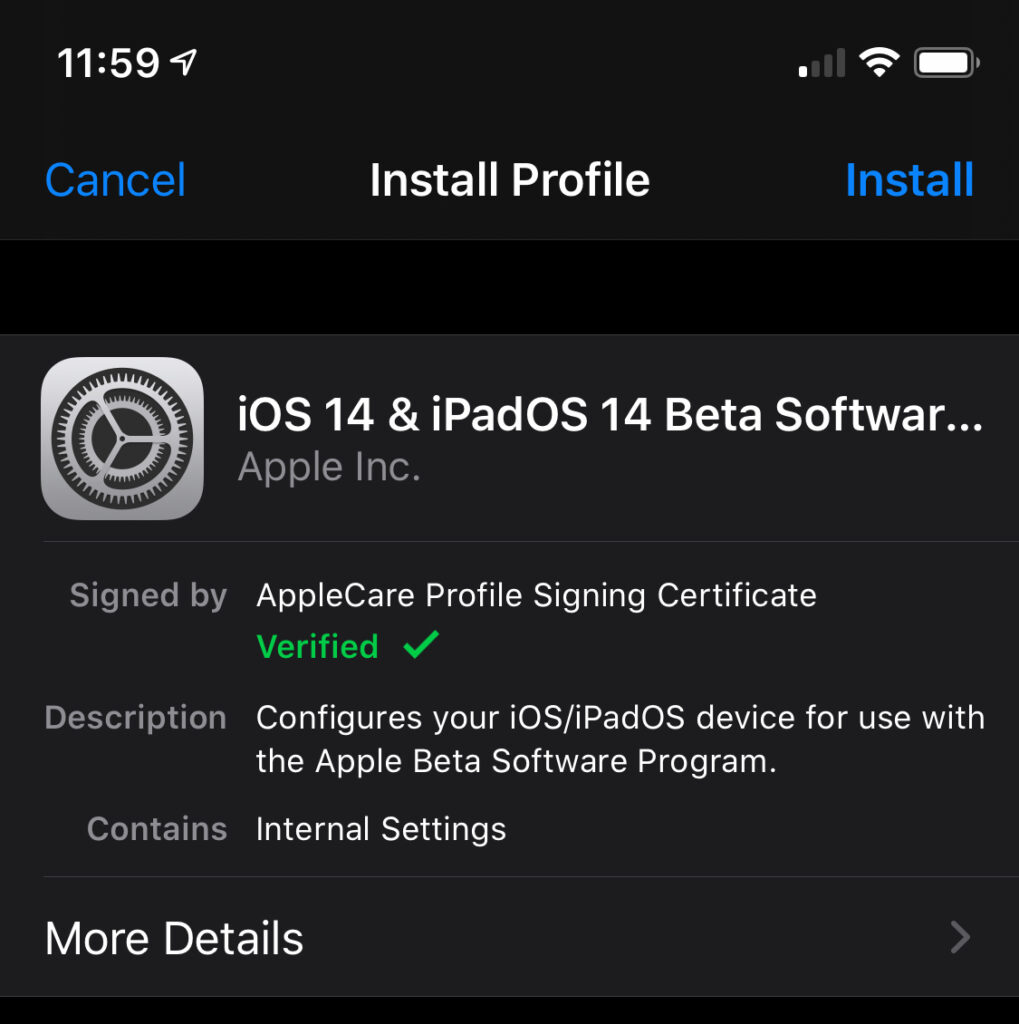 6. After the installation is completed, the restart will be requested iPhone.

7. After restarting, go to Settings → General →  Software Update and start the installation for the latest beta version of iOS or iPadOS. As I said earlier, at iPad is the same device enrollment process.

It is not recommended to install a beta version of iOS if you have one iPhone service that you use intensively. As I said before, beta versions are generally dedicated to developers and those who want to test, in fact, before a version is released "Public Beta", Is another for developers. Apple Developer Program.

Versions "public beta"Are not delivered to satisfy the curiosities of the impatient, but for the automatic collection of data from the devices on which these versions have been installed. This data contains complete usage reports, performance, interactions with third party applications, errors that may occur in certain usage scenarios and many other information that will be useful to develop the final version.