Apple recently released a new operating system update iOS 13. Arrived at Beta 7 Public si Beta 8 Developers, the future of iOS for iPhone it starts to take shape and we can get a pretty clear idea of ​​what the final version will look like that will be released during September.

If the 8 version for developers has not made any visible changes, 13 7 iOS Public Beta has some new features for iPhone users. We can say that he went to the "finishing" part more than adding new options.

What is the latest iOS 13 Public Beta 7?

Deleting the media files from Messages - This option existed on iOS but it was gone for a while. Now users have the opportunity to delete the images and videos in the "Info" section of the conversations. This way they will avoid charging the iPhone storage space and the iCloud space if the messages are stored in iCloud.

Do Not Disturb - The "DND" mode (Not Disturbed) is now synchronized between iPhone and Apple Watch. When activated on one device, it will automatically activate on the other.

All Photos - A redesign was also made for the "All Photos" category from the "Photo" application. Until now, the new design was available only for the categories: "Years", "Months" and "Days". The selection option and +/- for the number of columns to display images in the gallery.

Mail (Blocked Senders Options) - An option added in the "Mail" application, which allows us to block senders. Added options "Move to Trash"And"Mark as Blocked, Leave in Inbox". Very useful when we receive many unwanted messages from some contacts. The options are available in "Settings" → "Mail" → "Blocked Senders Options". 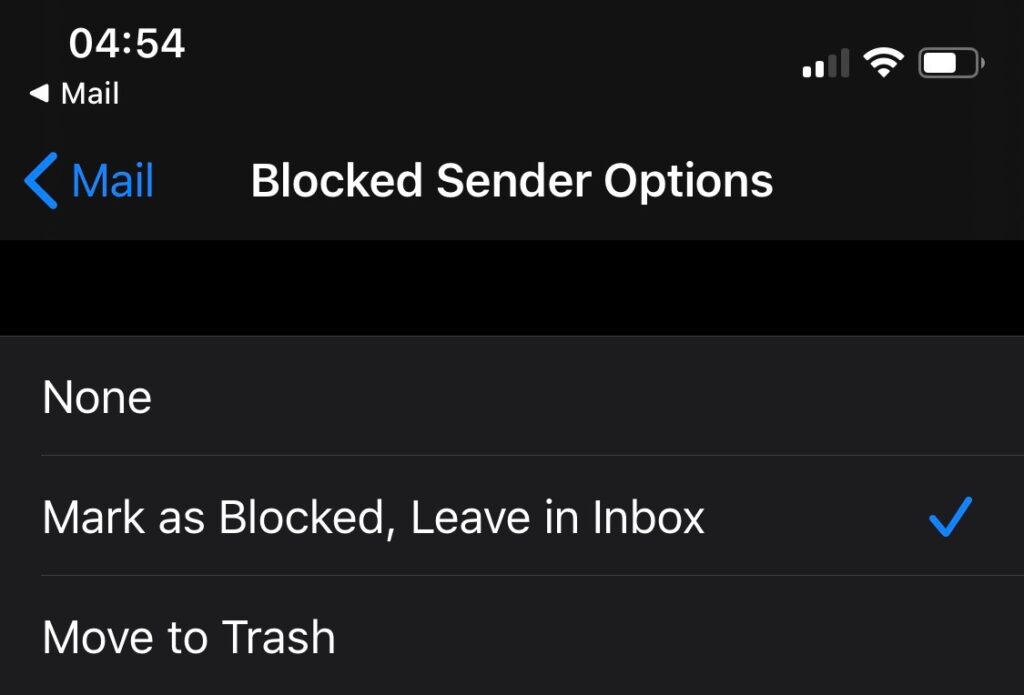 Dark Mode - The change of the two modes was renamed from “Light Appearance"And"Dark Appearance" into the: "Light"And"Dark". The options of automatic change of the “Light” or “Dark” mode are maintained depending on the sunset and sunrise or after a preferential time set by the user.

Silence Unknown Callers - Activation of the function by which calls received from unknown phone numbers are automatically set to "silence", now warns that the iPhone will continue to ring if the phone number is in contact, a recent call has been made to that number or appears in Siri's suggestions. "Incoming calls will continue to ring from people in your contacts, recent outgoing calls, and Siri Suggestions."

For the most part, these are the most important visible changes made to iOS 13 Public Beta 7. Of course, Apple brings to every update and changes that for the user is limited to performance and security.