According to Facebook Inc., this issue is not Messenger and WhatsApp, it's a bug present on iOS 10.0.1 si iOS 10.0.2, which has not yet been resolved by Apple.

The solution is very simple. First of all, you need to make sure that you have the sound notifications enabled for the two applications (Settings > Notification> Messenger), and iPhone or iPad is not in Silent / Vibrate mode. 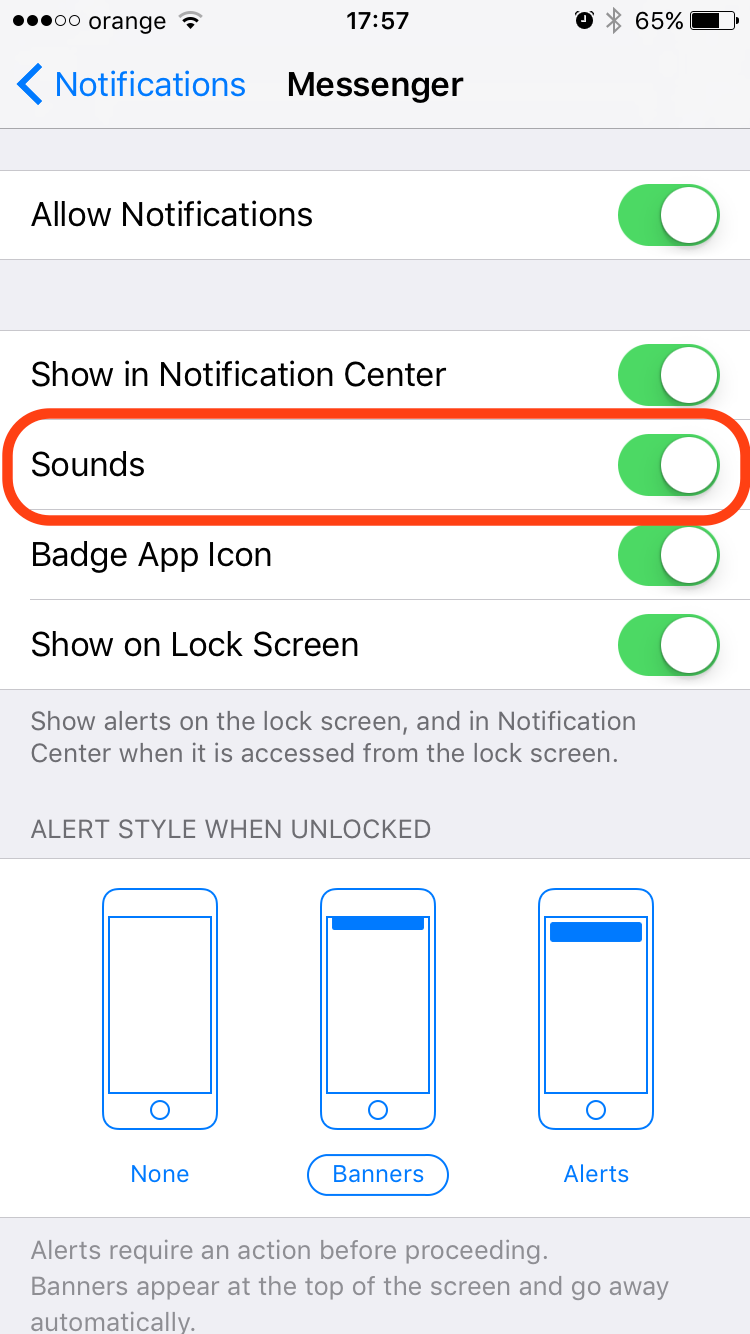 After you've made sure the sounds are on, cu iPhone on, press and hold the "Sleep / Power Off" and "Home" buttons simultaneously until the black screen with the logo appears Apple. The Apple. Release the two buttons and release iPhone to start.
Ask a friend to send you a message on Facebook Messenger or WhatsApp to check if the sounds have returned to normal.
We have tested this method on several devices iPhone 6, and the results were positive.