The data of the problem is very simple. On a MacBook Pro (13-inch, mid. 2012) with macOS Catalina, there are times when load CPU exceeded 100%, and this high CPU usage is given by the process "mobileassetd“. Although by their nature MacBook si Mac are very quiet calculators, when the CPU exceeds 100%, the sound given by the fans (CPU FAN) cannot be ignored.

In the image below, “mobileassetd”Shows that it uses 78.8% of the CPU, which is not small at all. Not to mention that there were times when he overcame 100% CPU usage. 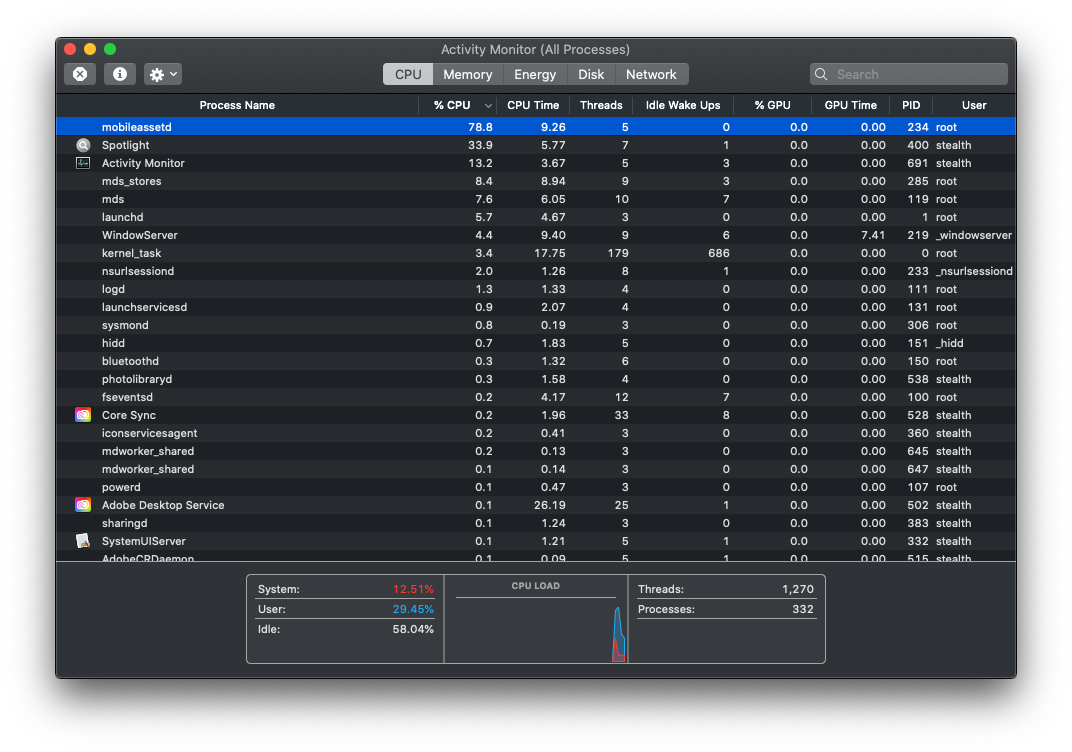 Fortunately, "mobileassetd" it's not a virus nor macwould be a process that interacts with third party applications other than those developed by Apple for their own systems. “mobileassetd”Was present both on iOS 13 as well as macOS, up to version macOS Catalina. With macOS Big Sur, Apple took this process off macOS, which was launched from “com.apple.mobileassetd".

Termination with the letter "d”Of the name of a lawsuit on macOS or Linux, suggests that this is a "daemon“. That is, an interactive process of the operating system, which runs in the background, without the user having direct control over it.

Normally, "mobileassetd”Is seen running alongside Xcode or other software applications for development, being responsible for downloading and manipulating data for system applications.

The fact that on macOS Catalina we see a very high CPU load at times because of this process, we don't have to worry. Most likely this high CPU usage occurs due to the fact that MacBook which we have Catalina has not been open for several days, and in the meantime there have been updates to the archives that need updating. Therefore, this high usage caused by mobileassetd it will be temporary.

If we leave Mac open for a few minutes. without requesting it in other operations, the process "mobileassetdWill reduce its CPU requirements on its own.