I have seen many users that they are interested in how to connect through an AFP protocol, On Windows 10.

For those who do not know, APF is a protocol allowing access from Mac, of some locations in the local network.  Apple File Protocol (APF) is used when we want to access one Hard Drive alfat in LAN, a computer that has this sharing protocol open or compatible. For example, if we have one connected hard drive to a wireless router Apple AirPort Extreme Base Station, the connection on Mac / MacBook on this hard disk it will be done through the AFP protocol. Basically, this protocol is also used by T Machin - backup system of macOS.

Connecting via AFP on Mac on a device / pc on the network, it is very simple, using the function "Connect to server”Available in the Finder and by typing the IP address of the device.

If within the same local networks I mentioned in the above scenario, there is alpha and one Windows PC / laptop with Windows 7, Windows 8 or Windows 10, from which we want to connect through AFP to the hard drive on the router Apple, we have no chance. Windows 10 does not support connection via Apple File Protocol (AFP), but we have an almost similar protocol developed by Microsoft for our own operating systems.

Server Message Block (SMB) is a protocol developed by Microsoft for operating systems Windows. Broadly speaking, the role of SMB on Windows is the same as AFP on Mac. allow sending and receiving data in a local network. As a short bracket, o vulnerability from SMB was the basis for the spread WannaCry cryptographic virus virus in tens of thousands of computers around the world.

First of all we make sure that service / SMB protocol is active on Windows. Once it is released Windows 10 Fall Creators Update, Microsoft intends to stop this feature of Windows 10 activated by default. We check if the SMB is enabled or not Windows Features. Tastam in Start > “Windows Features"And we open the panel"Turn Windows features on or off". 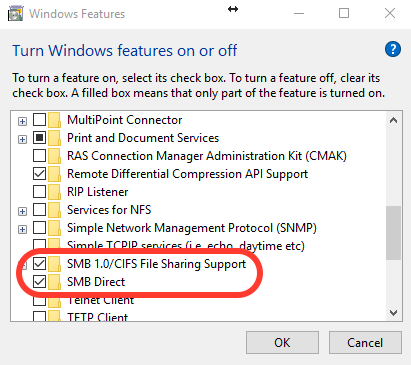 After making sure that the protocol is active on Windows 10, we identify local IP address of the deviceto which we want to connect and access it. In our scenario, we have one external hard drive attached at a AirPort Wireless Routerwith IPLocal: 192.168.0.220.
We open “Run…” on Windows (command Win + R) and type in the dialog box: \\ 192.168.0.220 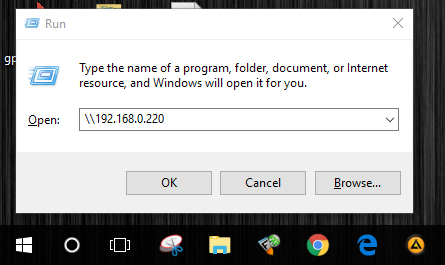 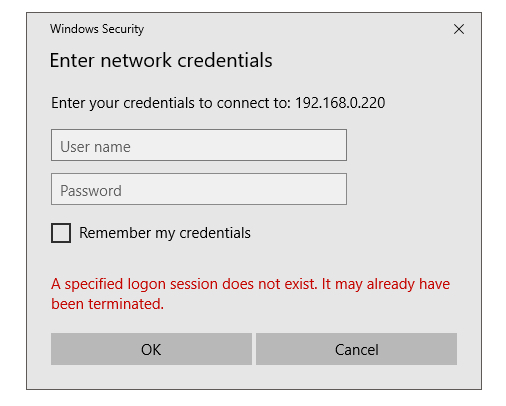 After entering the user and password, press OK to connect to the device.

In our case, we made the connection on Windows 10 to a backup hard drive that is used by T Machin to back up files on Mac. 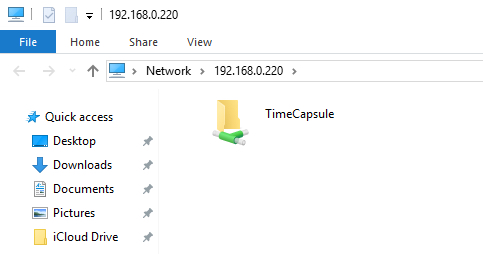 If you fail to establish this type of connection, do not hesitate to leave your comment details.