In the current era, most users who have home at home have one wireless network. It's more convenient to connect your laptop to a wireless network (wireless) than hanging out with a cable connected to the network card. In addition, smart mobile phones (iPhone & smartphone) Use Wi-Fi connections, and for some time there have been some laptop models that are out of business ethernet port. The one that connects the internet cable to your laptop or PC.

What "Wireless" and "Wi-Fi" Mean


"wireless"And"Wi-Fi”Are taken by many as two synonymous words. In fact, "wireless" refers to anything type of radio frequency connection, which is realized between two or more terminals, without there being one physical conductor. A cable. For example, simple transceivers use a wireless connection between them. The same goes for mobile phones (non-smartphones), which send and receive signals from an antenna of the mobile operator. Both the transmitting and the receiving device will be provided with an antenna for capturing and transmitting signals.
The classic TV remote control, DO NOT use a wireless signal. Although there is a "connection" between it and the TV when we press it, it is done by infrared (IR).

"Wi-Fi"Or"WiFi”Is a technology for local wireless networks (Wifi - wireless local area network), created between devices what supports IP connections (Internet Protocol) at speeds equivalent to cable. Game consoles, mobile phones, tablets, smart TVs, printers, alarm systems and many other devices are able to support this type of connection.
Data packet traffic to a Wi-Fi network is supported by a hardware device that implements the telecom standard IEEE 802.11. In most cases, it's about a routercapable of transmitting data through an IP protocol to one or more Wi-Fi-compatible devices.

standard IEEE (Institute of Electrical and Electronics Engineers) 802.11 was added to the Wi-Fi Alliance, a non-profit organization that owns the trademark "Wi-Fi", And certifies the devices that support this technology.

When you decide to buy a router for home or in the office, find Wi-Fi compliant devices on the market 802.11b / g / n si 802.11ac. Before you give it money on a Wi-Fi router, it is very important to understand what these standards are and how they can help you.

802.11
The first standard Wifi was created in 1997 by IEEE (Institute of Electrical and Electronics Engineers). They called him "802.11", After the name of the group of developers who worked on its creation.
This standard supports a bandwidth of maximum 2 Mbps on frequency 2.4 GHz. A tiny speed for today's applications. It is simple to understand, why you will not find on the market equipment that has this standard.

802.11b
In July 1999, IEEE launched the 802.11b standard. An extended version of 802.11, capable of operating at speeds up to 11 Mbps. Close to the speed at that time (1999) of Ethernet (cable).
It was a technology well received by device manufacturers because of low costs. Despite the fact that using frequency unregulated by 2.4 GHz, they could appear interference with household apartments, gen: microwave oven or wireless phones. However, if 802.11b is positioned at a reasonable distance from other devices, the risk of interference may be easily avoided.
Therefore, 802.11b is a standard characterized by: low production cost, good signal, but also through low operating speed and the risk of interfere with household appliances and other devices using the 2.4 GHz band.

802.11a
It is the second standard based on the original 802.11, being launched during 802.11b development. Even though many have the impression that 802.11a has appeared after 802.11b, in fact, this standard has been released before. Higher costs of 802.11a made it less popular than 802.11b, being more intended for the evils of the big companies.
802.11a supports speeds in bandwidth up to 54 Mbps, in a frequency spectrum regulated, approximately 5GHz.
This frequency is 5GHz decreases the coverage of the signal, intimapinand difficulties in penetrating walls and other objects. However, there is the advantage of a higher speed of 54 Mbps and the elimination of the risk of interfering with other household appliances, the latter using the regulated frequency of 2.4GHz.
Devices with 802.11a and 802.11b are not compatible with each other. Some manufacturers have chosen to make hybrids that support both standards, but they can not be combined. There are separate standards in the same device.

802.11g
In the years 2002 and 2003 appear on the market new products with Wifi on the new 802.11g standard.
By 802.11g has succeeded combining 801.11a and 802.11b in a single standard that operates up to speeds 54 Mbps in a frequency spectrum of 2.4 GHz. At the same time, this standard is compatible (with each other) with 802.11b devices using a wireless network adapter at the access point.
Characterized by low production costs, high transfer speedthe the unregulated frequency of 2.4GHz, eliminating the possibility of obstruction of the wall signal, but also by the interference risk with other appliances.

802.11n
This standard is also known as “Wireless N". Surely you have met in the years 2009 - 2010 Wi-Fi routers on which appeared inscribed a "N".
Essentially, this is all about standard technology 802.11g, but by attaching more wireless signal antennas on a device, arrived at 2009 at speeds up to 300 Mbps. Somewhat improved technology, which offers greater signal strength and compatibility with 802.11b.
Some wireless router manufacturers have gone all the way to standards 802.11b / g / n on the same device. This "bouquet" was known as "Draft N”And was implemented by SMC on the famous routers SMC Barricade N SMCWBR14-N. 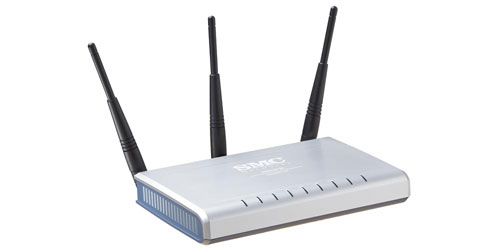 As a summary, we can characterize 802.11n through a bandwidth of maximum 300 Mbps, ability to penetrate obstacles, thanks to the 2.4 GHz frequency, but also by the risk of interfering with other nearby networks operating on 802.11b / g standards.

802.11ac
East the newest Wi-Fi standard and most popular on the latest generation devices. 802.11ac uses dual-band wireless technology, being able to support two simultaneous connections, both on frequency 2.4GHz and the 5GHz.
The great advantages of 802.11ac are the bandwidths of up to 1.300 Mbps (1.3Gb) on the frequency of 5GHz and 450 Mbps on 2.4GHz. In addition, it offers standard compatibility 802.11b / g / n.

Usually, a Wi-Fi router with 802.11ac will have more than three wireless signal antennas, even if they will not be visible. This is also the case with the wireless router Apple AirPort Extreme, which though is compact, hides no less than 6 antennas under the casing. 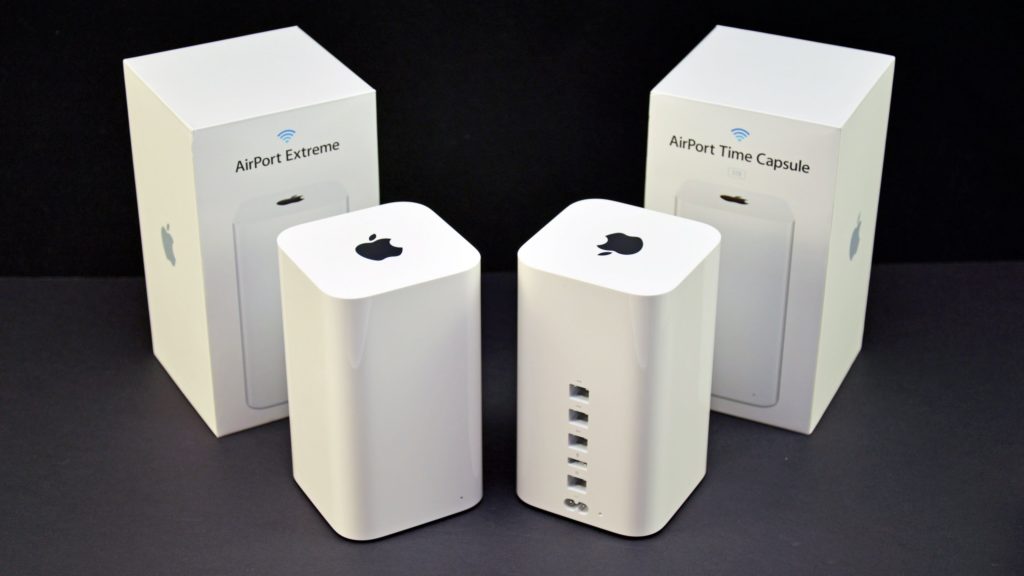 In theory, there is the standard IEEE 802.11ad, approved by WiFi Alliance in 2016, but is currently being implemented on a very small number of devices.
802.11ad will support superior speeds up to 7Gbps, on a frequency regulated by 60 GHz ISM.

What do you need to know when you buy a router?
First of all, you should keep in mind that the speeds specified above for each standard, are theoretical speeds, they can be touched only in optimal environments, in which there are no signal interferences or other obstructions of nearby objects. In addition, you will not be able to test a wireless connection of a router that holds the 802.11ac standard, if the final device (laptop or PC) has not implemented support for this Wi-Fi standardand hardwareCPC (hard drive, CPU) Can not take it speeds up to 1.300 Mbps. A laptop with a 5400 rpm hard drive will not be able to touch that speed at all.
Another aspect that you need to keep in mind is that bandwidth of a router is divided between all devices connected to it on the same frequency. Even if there are several channels of communication open.
Last but not least, before you buy a wireless router, keep in mind the internet subscription provided by your provider. If you choose to make an internet subscription with a speed up to 1000 Mbps, then you definitely need a 802.11ac Wi-Fi router to enjoy it high internet speed on wireless connection.

An unpleasant surprise I had with Orange Romania, which although it offers subscriptions Orange Home 1000, at a speed of 1000 Mbps download si 500 Mbps upload, at the end optical fiber come with the router Wi-Fi Huawei, which holds the standard 802.11b / g / n in "mixed" mode. This means that the speed of the subscription can only be achieved through a cable connection to the laptop or PC. On wireless, the maximum speed being at most 300 Mbps with the necessary risks of interferences in the unregulated frequency spectrum of 2.4 GHz.
As a "bonus", this modem / router does not support "wireless bridge", Which would allow the attachment of another higher power router to take over its tasks.