Starting this fall, Apple introduced iPadOS devices iPad. An operating system based entirely on iOS, but with specific characteristics of these devices. From the launch date to the present, iPadOS 13 received updates with iOS 13, reaching iPadOS 13.1.2 just one week after launch.

As we have been accustomed to in recent years, Apple is "moving" pretty quickly when it comes to fixing bugs and bugs. But this year, it looks like the final version of iOS 13 / iPadOS 13 had more problems than ever. Proof is also the high frequency of operating system updates for iPhone and iPad.
Some of the bugs have been fixed with iPadOS 13.1.2, but it also appeared a pretty serious problem for many iPad owners. filling storage space with files created by the operating system.

Although they do not have many applications, documents, photos or other data stored on the iPad, many owners of these devices have received notifications that they are warned that iPad storage space is full and must take measures for its optimization.
If we go to "Settings"→"General"→"iPad Storage", We notice that a significant volume of storage is used by"Other" 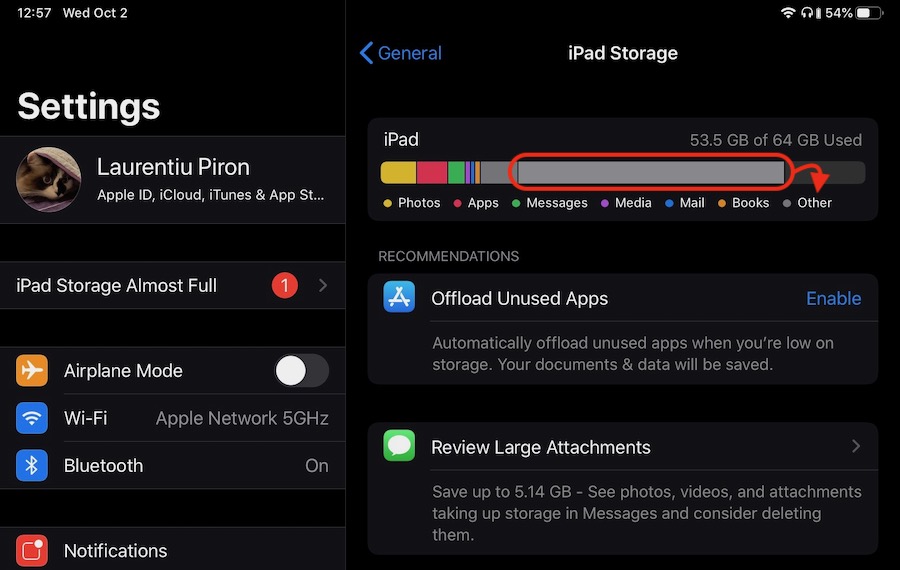 In these conditions, optimization solutions suggested in the operating system, "Offload Unused Apps"Or deleting media files from messages, photo storage in iCloud, it doesn't help us much. "Other"Occupies a huge space, and deleting these files" Other "is almost impossible without the total reset of the device. We talked about how files can be deleted "Other"And in the article:"Where to find and how to delete the space occupied by "other" files on iPhone or iPad [iOS Storage Tips]"

What is “Other” from “iPhone / iPad Storage”?

If we go to "Settings"→"General"→"iPad / iPhone Storage"And we run to the bottom, we will find:"System"And"Other". In "System" or "System Files"We find the value of the space occupied by the files of the operating system iOS / iPadOS. Of course, these files we don't have access nor they cannot be erased. As on any Windows PC we cannot delete the "Windows" folder on the operating system partition. These files make up the system and are vital for the device. 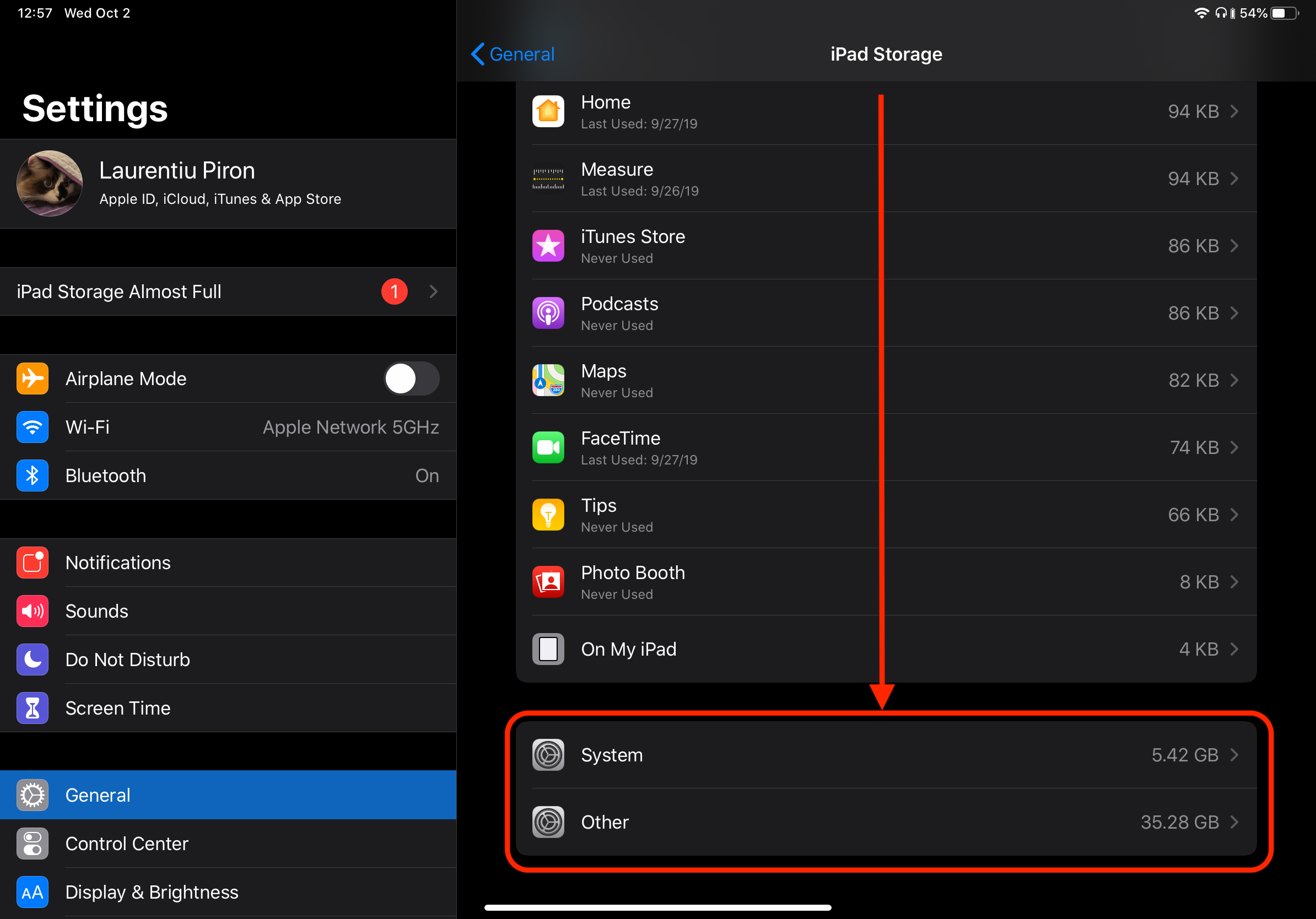 at "Other"Or"Other System Data", It shows the space occupied on the device by the cached files, logs or other resources used by the operating system at that time. This volume of files is dynamic and changes according to iOS / iPadOS requests. These files cannot be accessed / viewed nor can they be deleted without full reset of the device.

Many iPad users have complained that the space occupied by these "Other System Data" is huge after the update to the iPadOS 13.1.2. The problem encountered by us and us.
It remains to be seen if the next update of the iPadOS 13 will clean these files, or maybe we will be surprised that we cannot do the update, because we will not have enough space for "System Files".