Before revealing the new models of iPhone 12, Apple gave us a presentation of HomePod mini. Second the intelligent box launched by the American company expects record sales, especially since the price is quite affordable for fans Apple. Again. Affordable for fans Apple 😊 $ 99 at the start, and on the European market final price will reach somewhere between 130 - 160 EUR.

Many expected that Apple to come pretty quickly with new models of smart speakers after launch HomePod in February 2018. This did not happen until the fall of 2020. At a distance of 2 and a half years, Apple has launched HomePod mini. A much smaller speaker, which we can say at first glance that looks a lot like a portable speaker. Unfortunately HomePod mini it can only be powered from the socket, not being equipped with a battery.
Although it is a small speaker and the audio performance is much lower HomePod, its characteristics cannot be ignored. 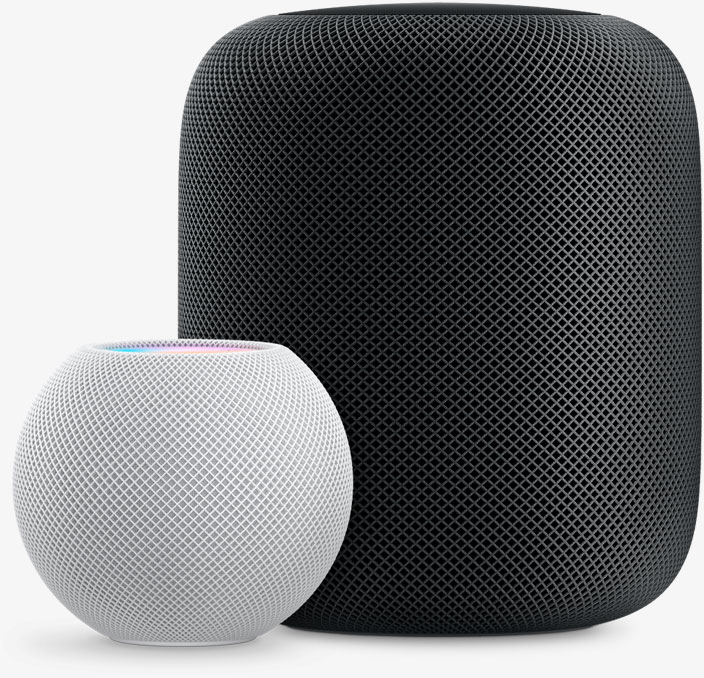 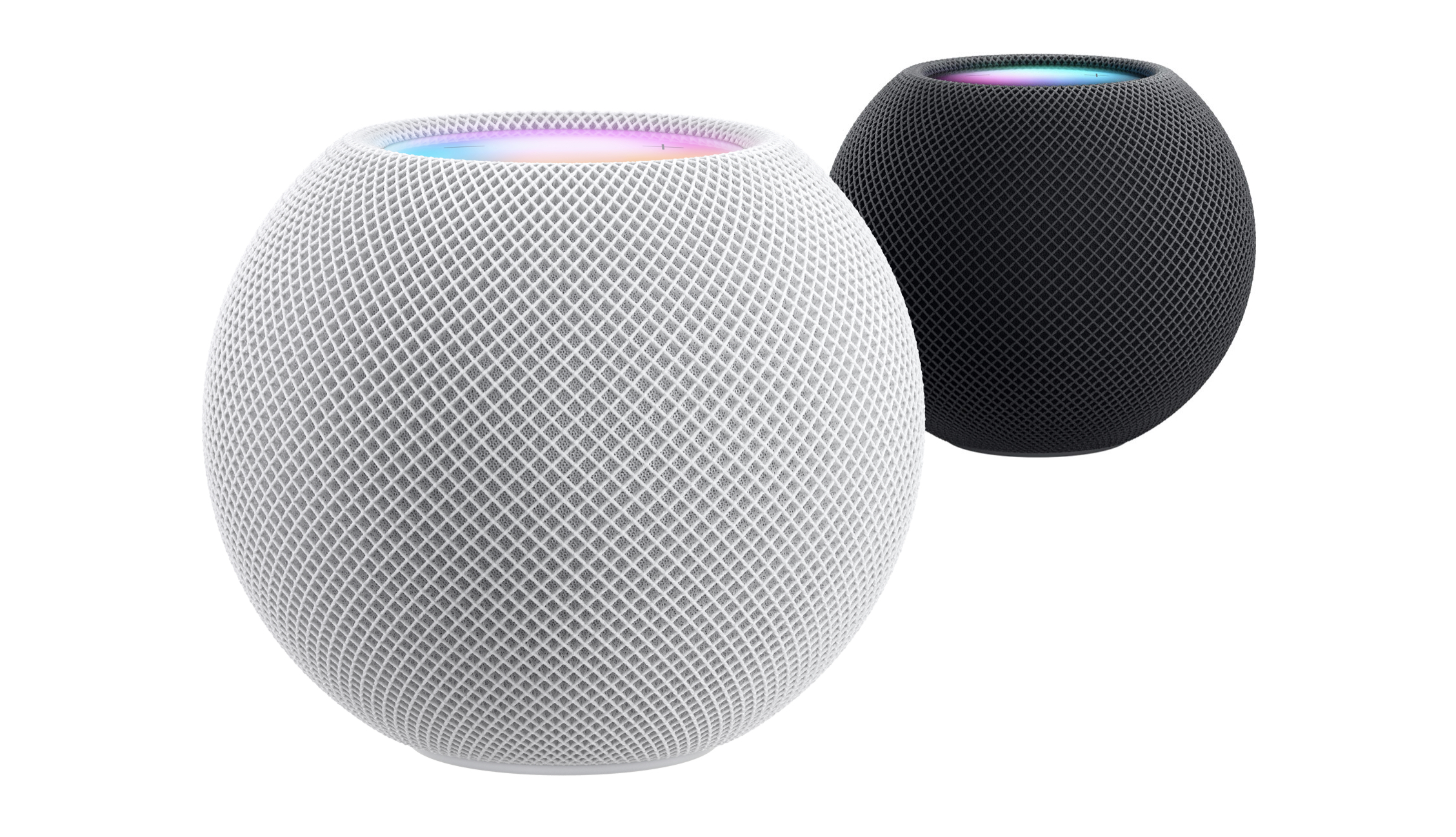 An interesting feature is touch surface, Which is light in its entirety when Siri listens, speaks or is touched.
It looks much better than on HomePod 2018. 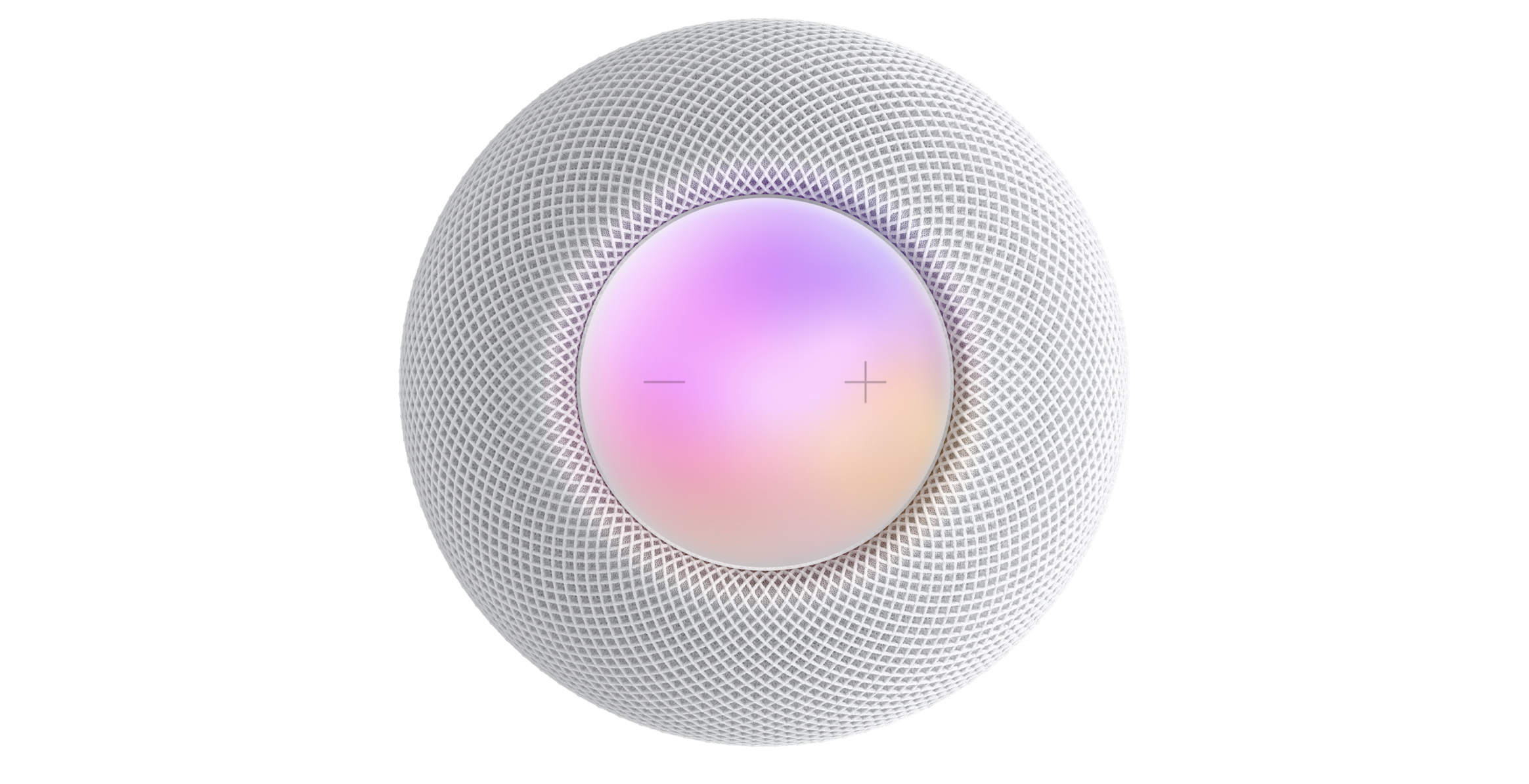 First, what does not specify Apple is as HomePod mini can't stand any connection with his older sister, HomePod.
You can buy two HomePod mini and you will get a stereo sound in a room, but with HomePod and a HomePod mini you will never be able to do that. It would be strange to listen to a stereo song on two speakers with totally different audio performance.

HomePod mini is not a speaker for everyone. If you do not have at least one device Apple from which to put music or a subscription Apple Music (configured from iPhone, iPad or Mac), HomePod si HomePod mini are totally useless. These smart speakers have Bluetooth 5.0 but only recognize devices Apple. So, if you are an Android fan or Windows PC, HomePod it is not an option.

HomePod mini gets along great with all devices Apple by Home application. You must have a iPhone not older than iPhone SE (first generation), a iPad mini 4 (or newer model) or iPod Touch (gen 7). a subscription Apple Music will make the speaker almost autonomous. In the sense that you can ask Siri what song, album, playlist or radio station to play, without having iPhone, iPad or MacBook handy.
HomePod mini will be configured by application Home on iPhone to the same wireless network as this one. One downside is the 802.11n Wi-Fi standard, compared to 802.11ac Wi-Fi with MIMO supported by HomePod (2018). It is, however, a sufficient standard for Siri music, radio and query.

Make a subscription Apple Music you will be addicted to music transferred and stored on iPad, iPhone or MacBook and the AirPlay connection. Of course, you can also connect it to Apple TV or directly to a device Apple via AirPlay. This will allow you to play any sound from iPhone. From YouTube videos, Facebook, online radio stations or phone calls.

Play the sound on iPhone pe HomePod mini can also be made by simply approaching it to the smart speaker. The sound will be transferred instantly from iPhone pe HomePod mini, and soon Apple promises new interaction experiences when the two devices are close. Music suggestions and podcasts on the lock screen iPhone and control HomePod mini. Everything with iPhone locked, without having to open the Home or Music application. 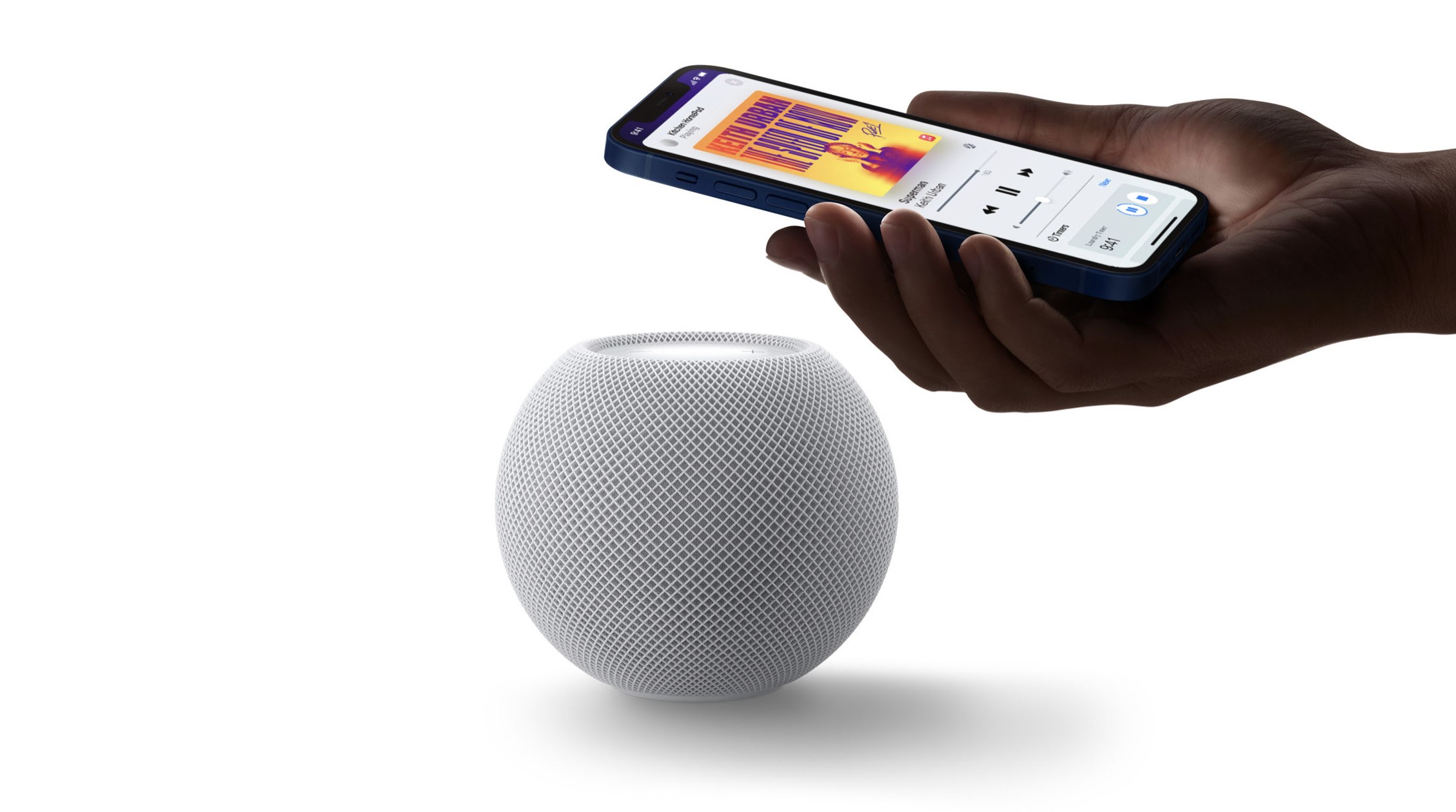 Siri voice assistant (mainly on devices Apple) is as smart as any device Apple, and through HomeKit they can all be controlled smart home accessories. Suffice it to say "Hey Siri, open lights", And Siri on HomePod mini it will activate immediately and turn on the light in the room. Also through voice commands you can send text messages, initiate calls, add reminders in Reminder, notes in Calendar and many, many more that Siri is capable of.
Pe HomePod mini, Siri is able to recognize up to six voices of family members and act personalized for each one. 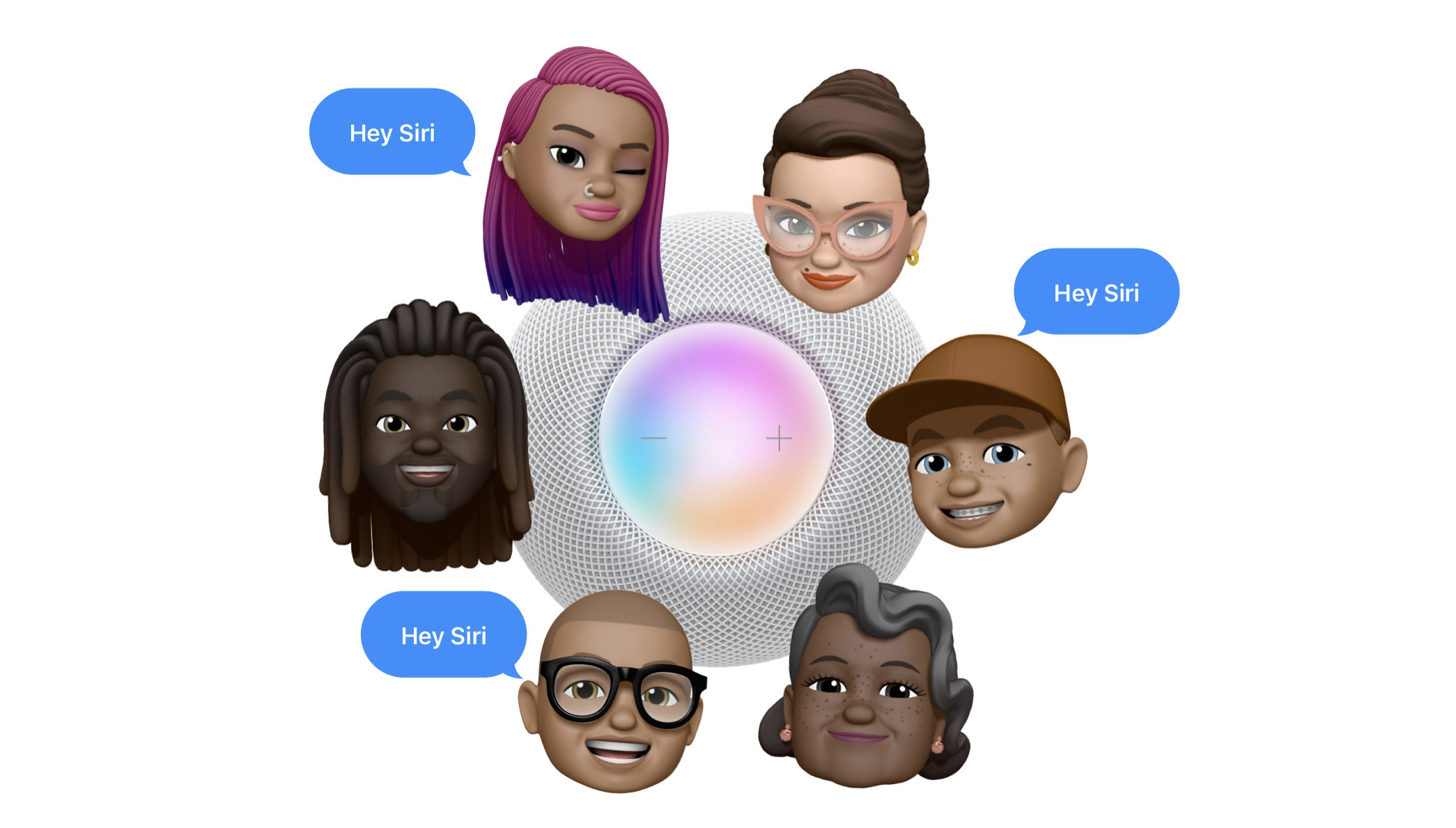 There is no risk that a family member may ask Siri to read another member's text messages, calendar notes, or reminder.
Siri, Home and HomeKit experiences on HomePod si HomePod we will detail them in a future article.

In a big house, several speakers HomePod mini can turn into a walkie-talkie or intercom. With the new Intercom feature, a family member can send voice messages to all rooms where a HomePod mini or to certain rooms, and family members can respond very easily. 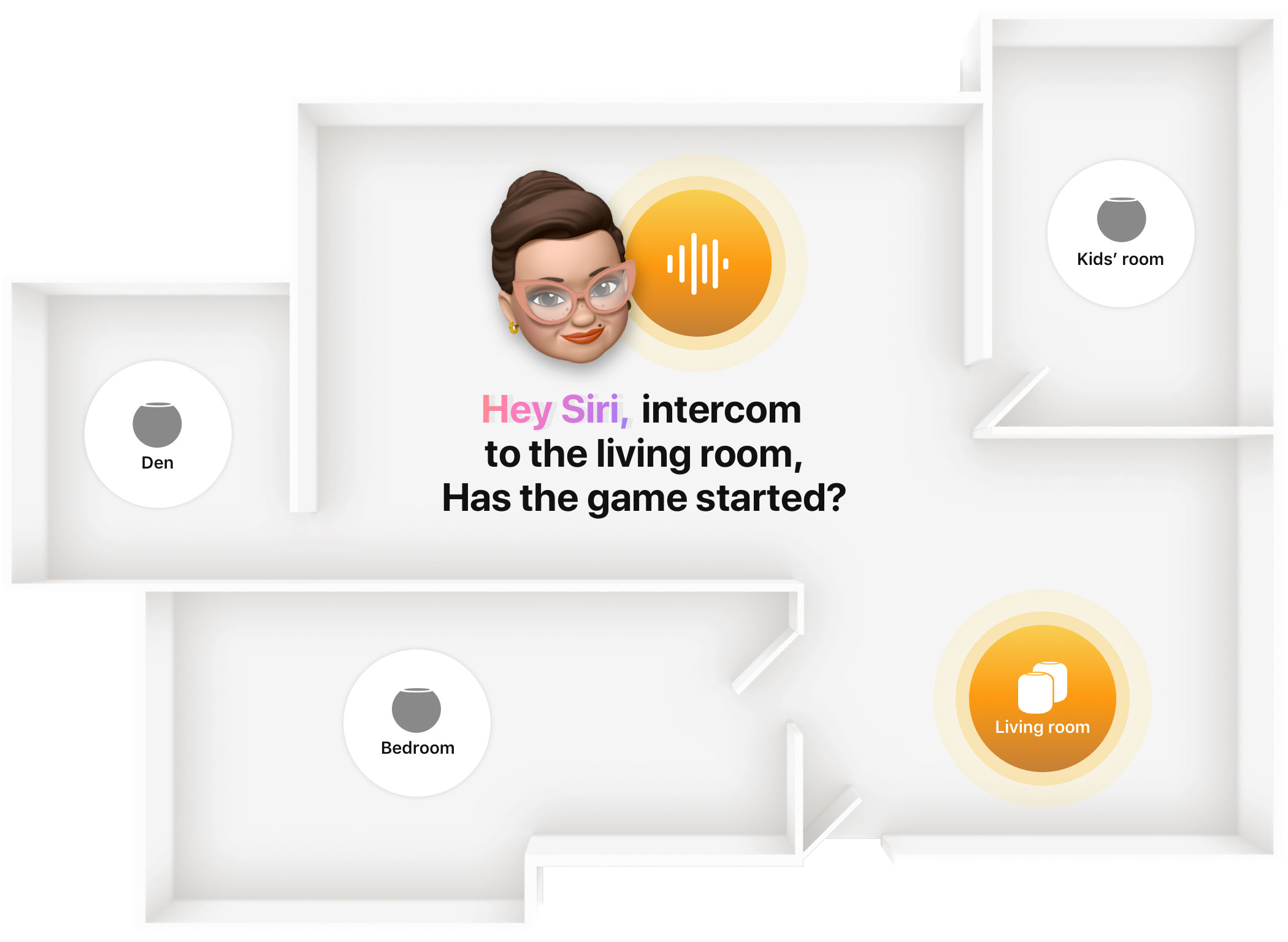 Function Intercom it is extended to other devices Apple. A voice message sent from HomePod mini through Intercom, can also reach iPhone, Apple Watch, iPad or AirPods. 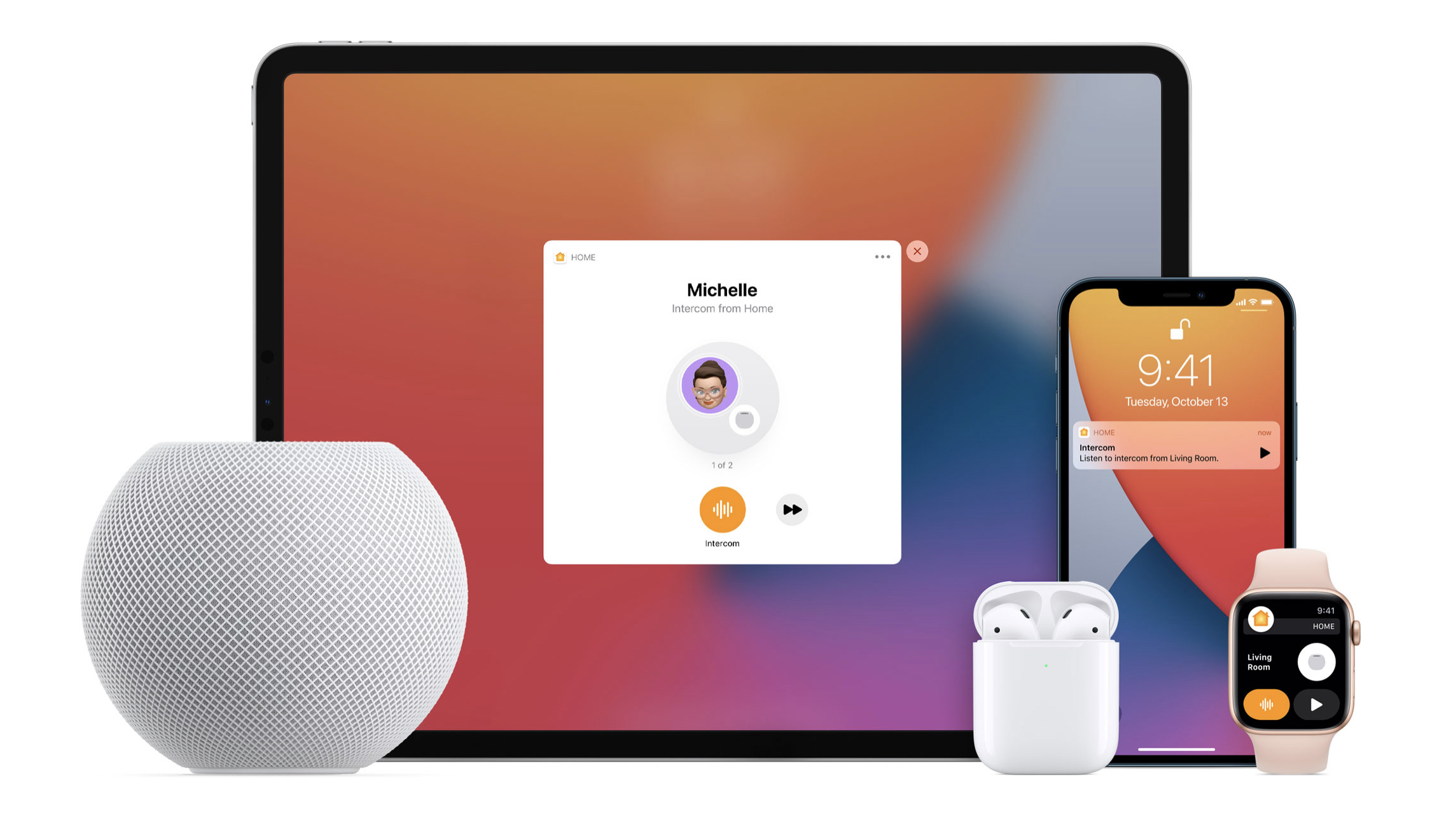 Intercom will be very useful in homes with many rooms and large families. Communication between family members from other rooms will be done through a simple voice command: “Hey Siri, intercom to all romms, it's dinner time".

How smart he is HomePod mini, I almost forgot that we are talking about a speaker, which by definition, means… sound.
Don't expect it to be a comparable sound HomePod or with a professional audio system. Apple however, it promises an unprecedented sound on a speaker of this size. 360º acoustic propagation ensures a full and clear sound from any angle of the room, with a deep bass and clear high sounds. 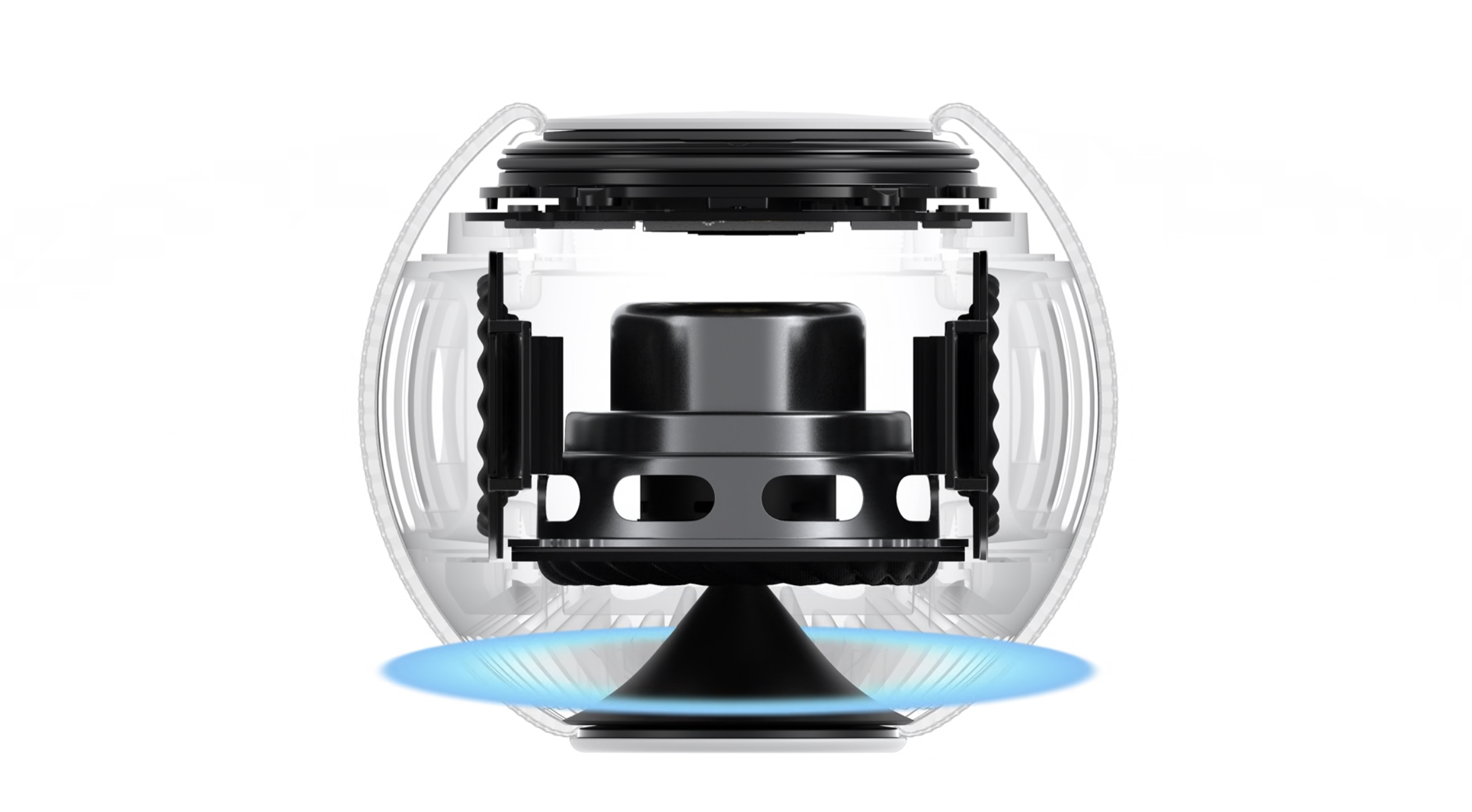 The four microphones are able to ignore the noise in the room and easily pick up voice commands, even if you are not nearby. HomePod mini.

HomePod mini will be on sale starting November 6, 2020 and is expected to be a product with very high sales.

HomePod mini vs. HomePod - A premium device at reasonable prices