Take the Pages application, developed by Apple, as an example. On an iPhone installed in English, the application will automatically display all the information, menus and settings in the native language of the system.

If you want to change the display language of the Pages application, go to Settings → Pages (application) → Language → select the new language you want. Romanian, in our case. 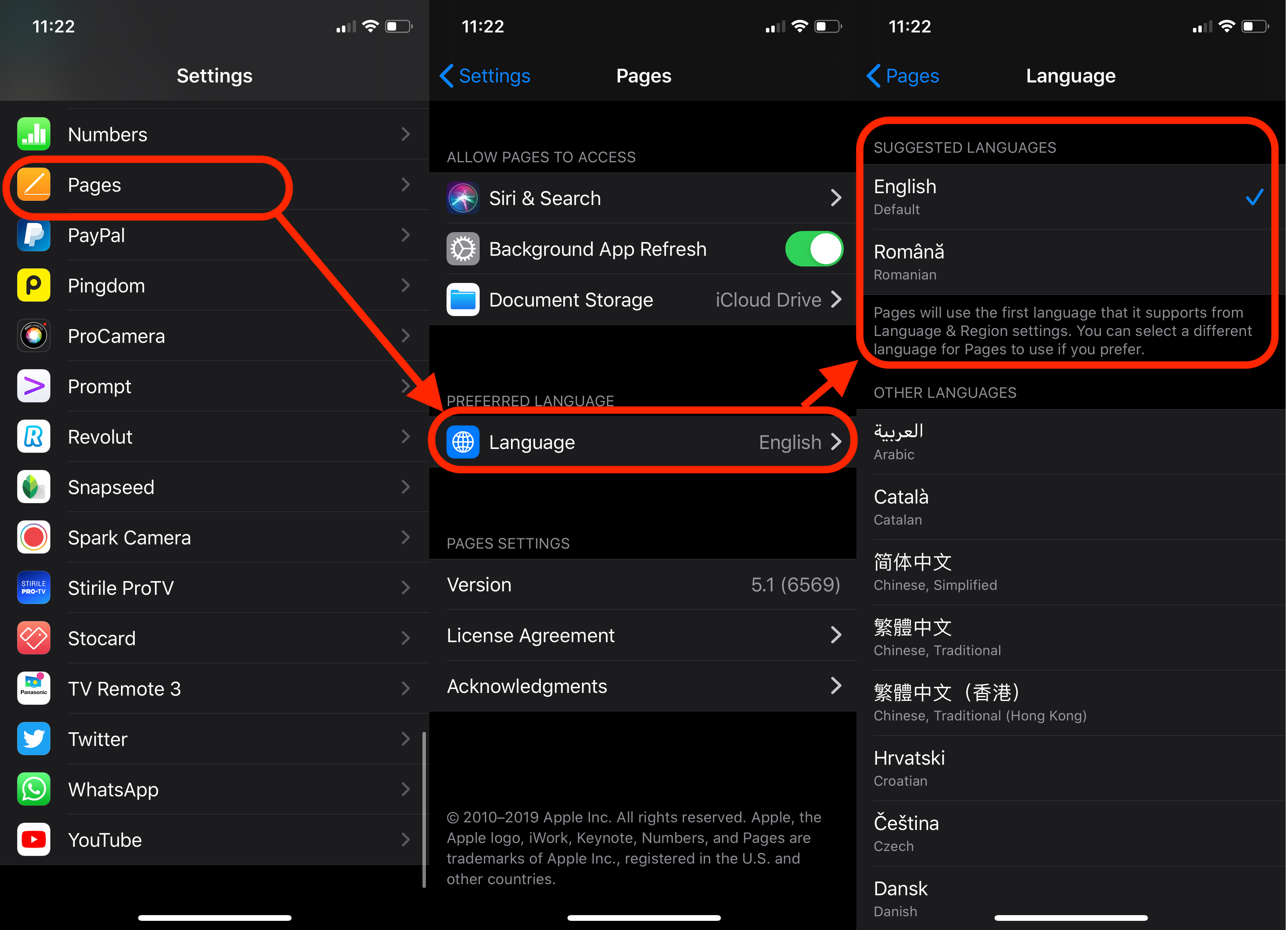 Once this change is made, you will re-open the application and you will see the interface in the language you have selected.

If your preferred language is not under the "Preferred Language" menu, it means that the developers didn't include that language for the application.

Applications that are only developed in one language (English, most often), do not have the "Language" option in the settings.