In two older articles we showed how to change the default location to automatically save the screenshotfixes may (here) and how can we change the default .PNG format to another image format (.JPG, .TIFF, .PDF, .GIF) for "Screen Shot" (here) made on MacOS.
Mac users know that compared to Windows, on Apple's laptops and computers screenshots are saved much easier and keyboard shortcuts can be set depending on what we want to capture and how we want to save the capture . These settings are in "System Preferences" → "Keyboard" → "Screenshots".
From here, we can decide which key combination to use to automatically save a screen shot or save it to the clipboard. 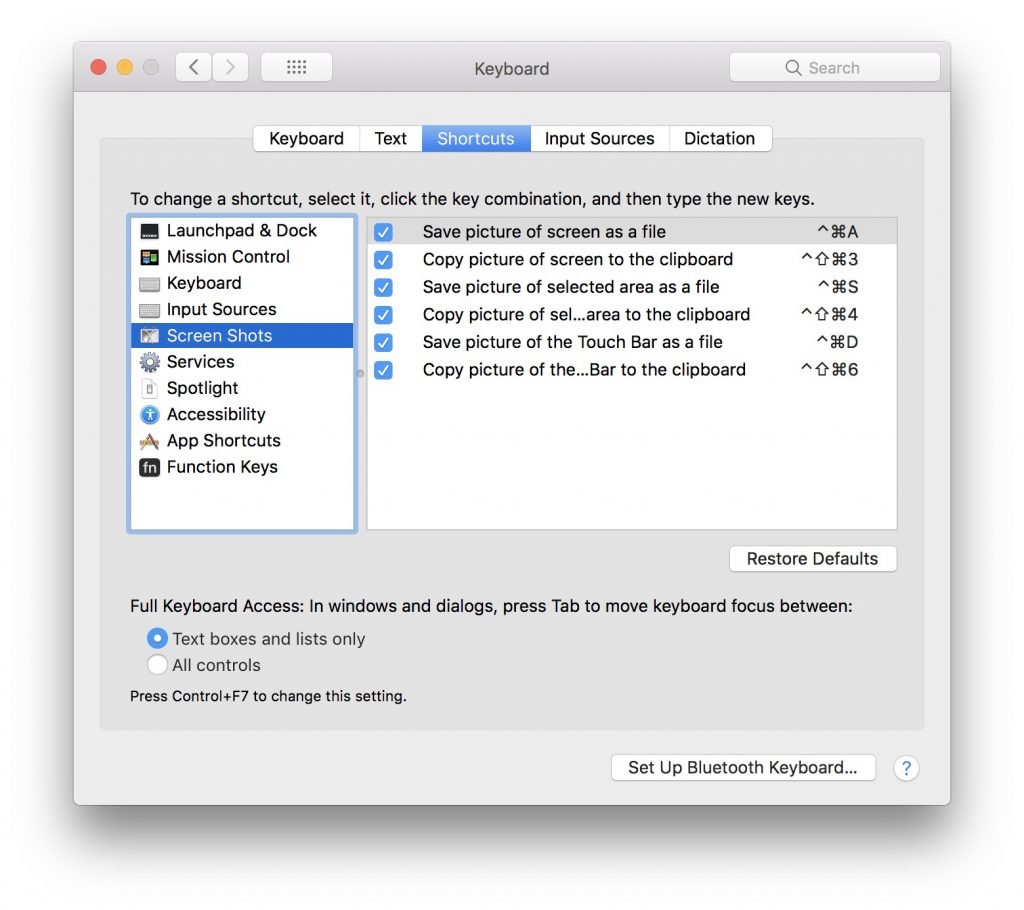 The newer MacBook Pro models support ScreenShot and the Touch Bar. From here, the user can decide where to save the screen cap and what portion of the screen to be captured in the capture.

Both screen saves saved by the combination of keys and those made using the function in touch Bar, it is saved on the hard disk in the location of our choice (or Desktop) with a default name of "Screen Shot -date-". 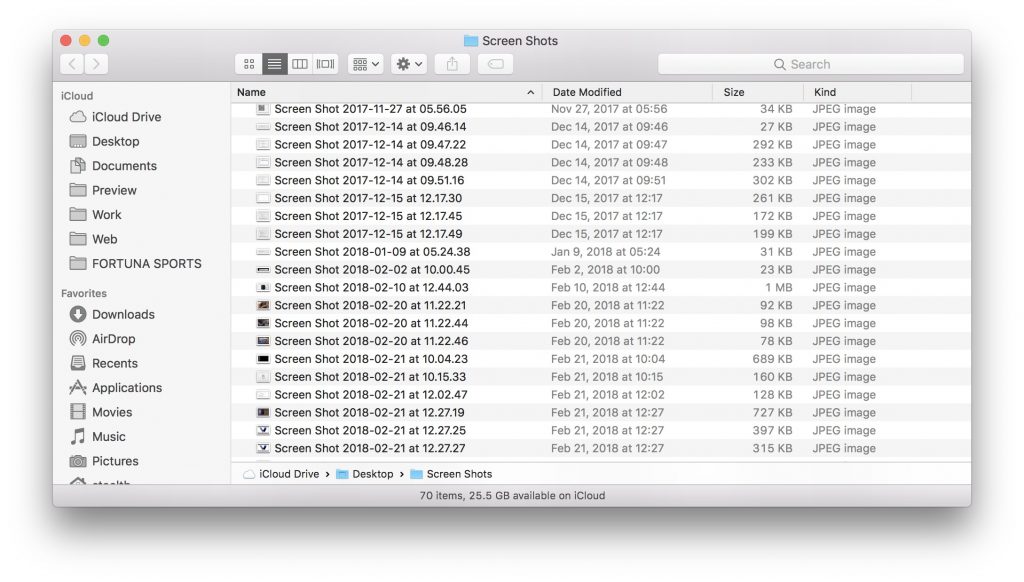 We want the file name saved to be different than "Screen Shot" can be changed using a simple command line in the Terminal.

How to change the default Screen Shot file name to macOS

1. We open "Terminal" and execute the command line:

Replace the name "iHowTo.Tips" with the one you want.

2. Restart the Mac interface with the command line: 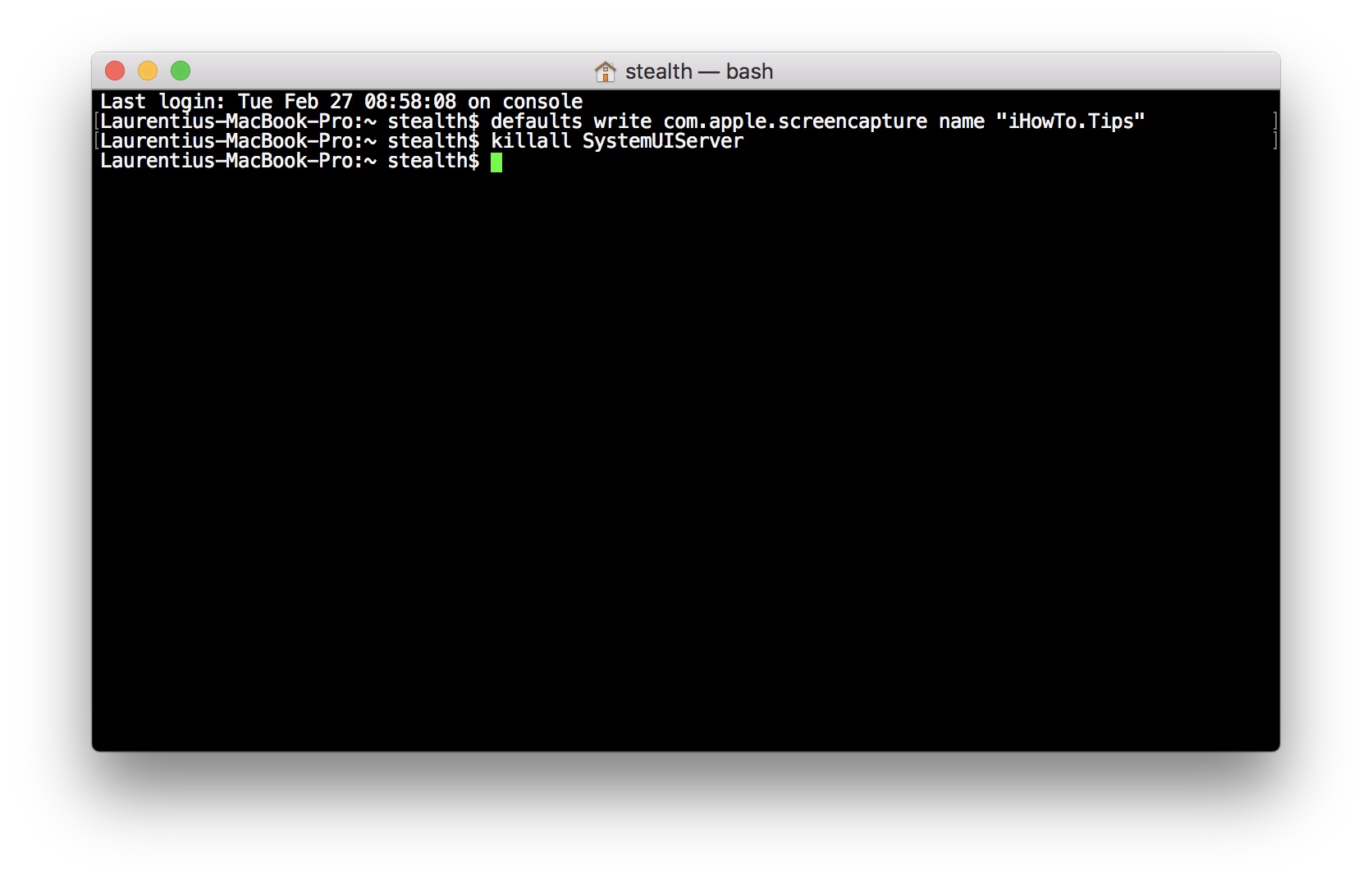 The new screenshots will be saved with the file name "iHowTo.Tips 2018-02-27 at 10.48.20"
To get back to the initial settings is easy to understand what to do. Just put the name "Screen Shot" on the first line of command.